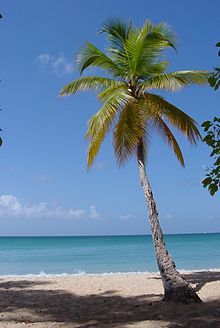 Felicity snatched her overfilled red leather backpack and flew out of the loft, with silver bangles jangling on her suntanned wrists. She flipped the bolt lock and ran to the stairwell. There was no time for the elevator. She bounced down two steps at a time knowing her embellished ballet flats had been the right choice.

When she arrived on the main floor, she emerged into the bright sunlight flickering through palm branches setting her long auburn hair ablaze. She filled her lungs with fresh jungle air and ran to her scooter, revved it up and drove out of the lot to the narrow road. It would take her at least fifteen minutes to arrive at her destination. She could feel it. This would be her day.

The scooter rushed by quaint cottages and shacks built along the dilapidated road. Months of waiting patiently had been hard, but the time had arrived. She would be taking a huge risk, but knew there wasn’t any other way. Her heart pounded with the fantasy of what her future could hold.

Film crews had already set up on the beach. Pal Mais had officially been put on the map. She parked her motorbike alongside the outdoor tiki restaurant. It was still early, but soon it would be filled with hungry tourists and surfers waiting for a bite of their mouth-watering grilled pizza. She hadn’t taken a bite of carbs for over a month.

Felicity took cover in the shade of a palm tree. She strained her ears to listen, but couldn’t hear anything over the crashing surf.

Felicity recognized the crew who had been in town earlier in the week. The director Roger Strathond hid behind aviator sunglasses propped on a zinc oxide covered nose. The same Dodgers baseball cap perched over his curly brown hair. He wore a pair of khaki shorts and another plain white t-shirt, he must buy in gross. His plump red-faced male assistant they called Tex, kept within earshot of his boss’s carefully chosen words. She didn’t think the humid climate agreed with him despite his loose fitting XXL Tommy Bahama shirt. He already looked strangled by the early morning heat. The cute blonde casting director, Bonnie, tied her hair up in a bun to keep it from sticking to the back of her neck. She was a bundle of energy flitting all over the set.

Today they were joined by camera men, video equipment, dolly’s, and grips. A few pampered actors joined the crowded set. She estimated the crew totaled about twenty-five. Onlookers not used to so much commotion on this small surf town beach stood gawking at the spectacle.

Then she recognized Mason’s profile remembered from dreams and nightmares. She thought moving to Costa Rica would be far enough away. Boy, was she wrong. Four months ago, she learned through a friend that he would be starring in a mini-series and they were considering Pal Mais. It had been chosen for its amazing waves suitable for any level surfer. Three sets continuously hit in a rhythm even a beginner could master. Farther out, fifteen to 20 foot waves enticed extreme surfers. Felicity could see a few of them catching those glittering waves even though the big breakers had slowed with the rising tide. Like clockwork, they would rush out later in the afternoon for another frolic in these behemoth and towering waves.

She glanced at her watch. 10:20. A few more minutes. Even though she stood completely still, her heart raced like she had sprinted a marathon. “Calm down!” she thought to herself, “Nine more minutes until show time.” She checked her lipstick in a mirror she kept in a pocket of her backpack. She adjusted her white silk blouse which was cinched up with a silver belt over a short floral skirt.

As she counted down the minutes, the adjacent parking lot filled with carloads of tourists and locals arriving to enjoy the beach and to check out the movie set. “Good. There will be an audience,” she thought and smiled to herself.

Felicity strode across the sandy beach to the film crew.

Felicity drew her chin up in the air and nodded to her in reply.

Tex nearly tripped over a speaker as he turned to greet her. “Hi, Jessica! You remember Roger.”

“Oh, yes. Nice to see you again.” Felicity turned her cheek to let Roger kiss it.

Out of the corner of her eye she spied him. As he jogged back up from the breaking surf with a yellow surfboard in his hands, Felicity could see his muscles ripple. His thick shoulder length brown hair was tousled and caught the gentle breeze. He stopped and gazed at her with deep set blue eyes glinting in the sun.  His jaw dropped.

The curious crew could sense the intensity of the electricity between them.

“Felicity what are you doing here?” Mason asked.

One thought on “If Looks Could Kill”