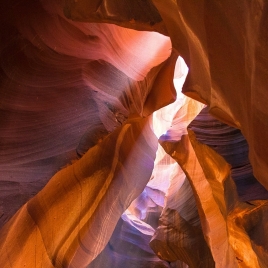 He awoke with a start from a deep sleep. Blinking his eyes, he looked around the cramped chamber to regain his bearings. The early morning light cast shadows across the dirt floor and a damp earthy smell filled his nose. He stretched out to revive his somewhat paralyzed body caused from slumbering so long. As he craned himself forward to loosen up his bones, he detected a sound from above. It sent shivers down his loosening spine. He extricated himself from the bed he had made, and went out to explore.

The sun shone brightly and stung his eyes with its intensity. He stared at the moving clouds and the red tailed hawk gliding above.  Again he heard its warning call, but he forged ahead. The pangs in his stomach outweighed the fear of his enemy.

He scanned the horizon with the drive of hunger urging him forward into the open. The warmth of the sun limbered up his tight body and raised his spirits. He headed towards the viburnum bushes on the edge of the lawn. This location had provided for him before. He silently stalked the hiding places that had once revealed his prey. He stopped and listened so intensely he felt he could have detected a heartbeat. He dove into the dead leaves and twigs searching for unsuspecting life but he came up empty. His stomach grumbled in complaint.

On his way to the next familiar haunt, a dog’s bark startled him. It came from behind and sent him ducking for cover. Where could he hide? The rapid pace of his heart matched the explosion of power which triggered every muscle. The need to escape thrust him forward into the thicket of shrubs and winter creeper. He vaguely remembered an old rabbit burrow under the dense branches of the juniper. It was right where he remembered. Narrowly escaping, he slipped down inside and found himself in a vacant warren filled with fur and leaves. Above him, the dog snuffled with his nose, but found her body too big to dive in after him. The dog dug at the hole for several minutes, desperate to follow him inside, but a human voice called her away. The smell of kits and recent rancid droppings filled him with craving and hope. He continued down the dark passageway, driven by curiosity and starvation.

After twisting and turning through the tunnel, the pungent and gamey scent of another familiar quarry caused saliva to pour into his mouth. A mouse family had taken up residence in the recently vacated rabbit hole. He turned a corner and muted light from above replaced the profound darkness that had surrounded him. He crept silently towards the sound of mewings emanating from the pink mouselets. He gazed through the shadows at the four babies which had been temporarily abandoned. The blind pups cried out for their mother who would nurse them when she returned. Three of them stayed close together providing warmth in their combined body heat. The fourth had tumbled from the group and struggled back on feeble legs.

He slithered towards the isolated mouse. Raising his head, he wound his body into a tight coil and slowly unhinged his jaw. He couldn’t keep himself from flicking out his tongue to savor the aroma and assess his victim before striking. He retracted his tongue and inserted it into his Jacobson’s organ, located inside his mouth. The evaluation sent his stomach aching with the expectation of dinner. Although he tried to still himself, his heart felt as though it would leap out of his body. Just as the baby attempted to crawl back to his nest, he lunged headlong and snapped! 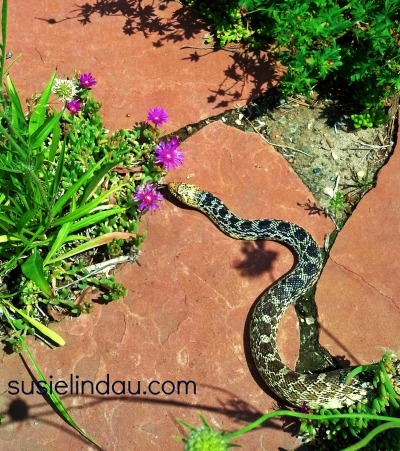 Snakes have noses as well as the Jacobson’s organ which helps them smell and define their prey. The reptile records information by flicking its tongue out of its mouth to collect particles in the air expelled by its prey. This organ is activated when the snake retracts its filled tongue and inserts it into two pits inside the roof of its mouth to analyze the data. This is why snakes have forked tongues. Most reptiles have this capability. Turtles use it to smell under water.

In mammals such as dogs, goats, deer, primates, mice, rats, elephants, cattle, and pigs, the Jacobson’s organ is used to identify pheromones during mating season, aggression in other animals, and to detect other particles in the air. Elephants trigger it by using their trunk like a finger to apply pressure to the sensitive tissue located on the roof of their mouths.

The cat family and hooved mammals wrinkle their noses to activate this heightened olfactory sense. They are known to lift their heads and aren’t able to breath while they take in the moisture laden particles. Horses have the same ability, but don’t have to wrinkle their noses.

There is a belief that when women are pregnant, the Jacobson’s organ is activated causing a intensified sense of smell. Scientists are still working to prove this theory.

One thought on “Hunger Strike”