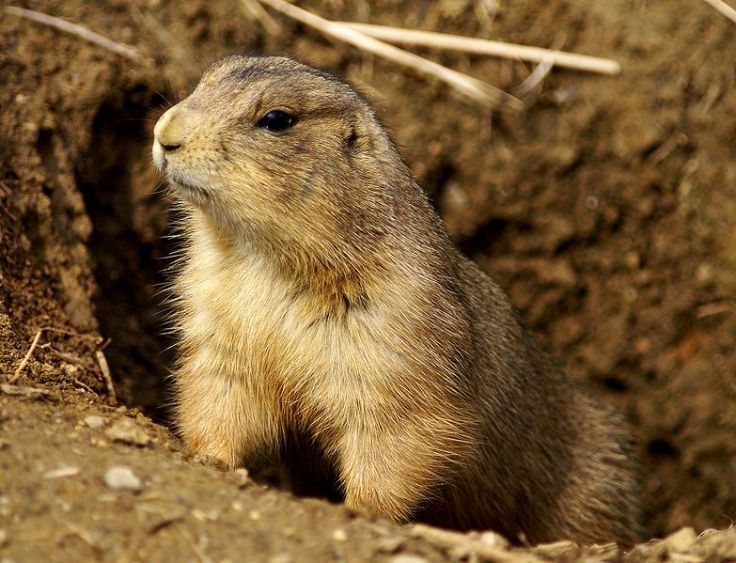 I could hardly contain my excitement as my family drove  down the steep hill entering Lake Wingra Park’s one-way road along the shoreline. It was always difficult to find a parking space on a Sunday, but somehow we always managed. We entered the Henry Vilas Zoo under a canopy of mature trees. The musky scent of animals struck me along with a lightened heart in anticipation.

We always started with the lions, working our way past the rhinos, the incredibly long spotted necked giraffes, and then would stop to say hello to Winky the elephant. We would saunter on to the seals and the monkey house. I would giggle with my sister at the pink bottoms of the orangutans.  As we wound our way towards the bear’s outdoor exhibit, I would sprint up to my favorite animals in the zoo. The prairie dogs were contained in a free standing circular upright structure. Their silly antics would keep me occupied while everyone else was ready to move on to the bears. These very social mammals would pop their heads up out of their holes and with a comedic twist would check to see what their neighbors were up to. I imagined the conversations they were having.

Once they were out of their burrow, they would stand up on their hind legs with their short forelegs dangling, and would make high pitched barking sounds. Sometimes they would appear to kiss each other. From their whiskers to their little brown tipped tails they would twitch with a zest for life that made me smile from ear to ear. I would walk around the display several times before one of my parents would lead me away.

Many years later after moving to Boulder, Colorado, I detected movement along the road while driving down Foothills Parkway.  I suddenly recognized a familiar head poking up through the ground.  You can imagine my delight and amazement when reuniting with my little prairie dog friends. Nothing made me happier than strolling or biking by their little burrows in the ground with their cute little faces popping up to greet me. It seemed as though we had encroached on their prairie and they had adapted well to these urban conditions.

I became so crestfallen upon learning these oversized rodents are such a nuisance. They can carry sylvatic and bubonic plague through the fleas that live in their heavy coat and ruin property with their burrowing.  Their contact with curious family pets could result in spreading the fatal disease. I quickly became aware of the netted fencing along property lines including baseball diamonds, farmer’s fields, and golf courses. Because these mammals are very social, they will not burrow where the view of their colony could be obstructed. This somewhat deters their burrowing, but doesn’t prevent a new family of them from entering the property to start a new underground “town.”

When we first moved to our new neighborhood, I would take a hike with my children to watch the prairie dogs in a nearby open space. Just like me, my children enjoyed watching their quirky behavior from a distance. I have never been in any fear of them since it is not in their nature to attack. They are mild mannered creatures unless cornered. I learned that it is the sentinels that stand on their hind legs and bark out warnings to the rest of their clan.

However, a few years ago I shrank in horror when I spotted one running across the road into my neighbor’s yard a couple doors down from my house. Since we owned a Bichon Frise, I worried about her being out in the yard, attacking one of them, and then contracting the plague.  A few weeks later, the few active burrows at my neighborhood’s entry became quiet and it was rumored that the prairie dogs had been illegally poisoned. I breathed a sigh of guilt-ridden relief.

Boulder residents and land owners are fed up with the black-tailed prairie dogs, but they are currently on the endangered list and have to be moved rather than eradicated. They do this by flooding their burrows with water blasted from fire hoses and then catching them on the other side of their long tunnels with nets. The big problem arises in where to relocate them.

This week, residents of Gunbarrel, a Boulder bedroom community, won the debate preventing prairie dogs from being transported to a nearby open space. The neighbors feared when the animal clan grew they would spread out into the surrounding neighborhoods. The Division of Parks and Wildlife ruled against Boulder’s application for relocation and with the residents of Gunbarrel, so the final location of these prairie dogs remains up in the air.

On July 7th’s, the Boulder Daily Camera newspaper cited a warning that a town of prairie dogs in South Boulder had been diagnosed with the bubonic plague. Neighbors walking on a nearby path were alarmed when seeing several dead prairie dogs. They notified authorities who tested the animals and identified the cause of death.

Since the 1800’s, the prairie dog’s population has been reduced by 98% because of loss of habitat. They were almost wiped out at one time when ranchers poisoned them, believing they competed with grazing animals for grasses. However, they have been found to eat very little. Over 170 other animals rely on the prairie dog’s existence. Since the black-footed ferret’s main diet is of prairie dogs, their numbers have diminished as well. They too are now on the endangered species list.

After living out West for 23 years, I have gone through a wide range of emotions over my furry friends. Yet when I rode my bike last week and saw a familiar face pop up out of the ground surrounded by open space, I couldn’t help but smile.

5 thoughts on “Not in My Neighborhood!”