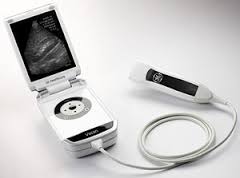 In the 45 years since the television show Star Trek first aired, many of its gizmos and gadgets have become commonplace.  Almost everyone owns a communicator we call the cell phone. The device Lt. Uhura wore over her ear to speak to random beings in the universe and others on board is now known as Bluetooth. GPS, oversized flat screens, the PC, and computer tablet are now owned by users across the world. The tricorder that Dr. McCoy used to diagnose patients will soon be on the market and the cordless ultrasound called the GE Vscan also has some of these capabilities.

Although I look forward to new technology predicted in futuristic films, the computerized recognition sales technique used in Minority Report had me cringing. In that movie technology had moved into the phase of identification through the lens of the individual’s eyeball. Tom Cruise who played John Anderton strode through a mall where holograms spoke to each individual shopper walking by and tried to sell them their latest product. A voice said, “Welcome back to the Gap Mr. Yakimoto. How did those assorted tank tops work out for you?” John Anderton mutters, “Mr. Yakimoto,” even though it appears he is wearing a Gap tank top.

This weekend I stopped at Target and froze when I heard the sound of a commercial coming from the end cap of the aisle which seemed to run on a loop. The unnerving quality of the intrusion into my otherwise quiet thought process while shopping made me wonder how much longer it would be before it has the capability to sell me items based on past purchases. I stood next to a customer staring at the shelves for an inordinate amount of time and wondered if she was waiting for me to leave before she chose a particular ointment. How embarrassing would it be if a voice from an advertisement next to a product said, “Hello Ms. Lindau. How is that hemorrhoidal cream working for you?” or “Are you back for more tampons? You purchased Playtex Gentle Glide last time.” How personal will personalized shopping get? I would never get my husband Danny to pick up feminine hygiene products for me. 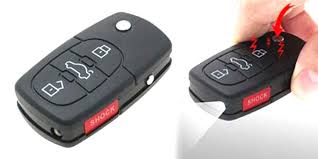 The latest in car keys – the keyless pad

Some inventions have brought a brand new set of frustrations with them. Have you ever mislaid your TV remote or cordless home telephone? It can be a nightmare when you lose your cellular phone and the battery dies so you can’t use its ringtone to find it. The automobile keyless entry and ignition seemed like a wonderful new development, but a problem arose for me. The new key is only a small lightweight black pad which can be misplaced easily. Why do manufacturers make everything in black? You only need to have this tiny instrument inside the car in order to start the engine. I have jumped in, pushed the ignition button, and driven somewhere only to discover that although the pad was somewhere in the car, it had vanished. Many times it has been dropped between the seats, misplaced in one of the six pockets of my tennis bag, and has slid underneath the seat when my purse tipped over. That tiny pad has hidden from me in the deepest and darkest recesses of the car. I know what you are thinking and I bought a huge key chain which has alleviated the problem, but whenever I don’t want something honking big in my purse or pocket, I unclip it and invariably lose the pad once again.

The invention of a universal locater would make life easier. It would be about 6 to 8 inches long and would come in several different bright colors that would glow in the dark. A wrist band for hanging it in a central location would be included. The unit would contain at least 5 different programmable color coded buttons. Coordinating computerized stickers would attach to the back of the most easily lost electronics. If the keyless pad was misplaced, I could simply push the color coded button and it would beep faster as I increased my proximity. Heck, it could have a read-out that would reveal its location or better yet, it could inform me through a speaker! I could use it for my sunglasses, garden tools, socks, … Of course it would have to come with its own locater in case it got lost.

Now if someone would invent a teleporter like the one in Star Trek I could throw out the keyless pad and say, “Beam me up Danny!”

Watch this if you think sales clerks can be pushy!

8 thoughts on “The Mother of Invention”