When I was a little girl, ants mesmerized me. While outside in the hot summer sun, I watched as they carried crumbs, leaves, and small twigs back to their coffee ground-like hills. I imagined the tunnels underneath like catacombs spread out under the crack in the sidewalk. Okay. We didn’t have cable.

Flash forward about a hundred years. A colony of large aggressive red ants moved into our back patio just after we installed an arbor. I had always loved these interesting little creatures while admiring their determination and strength. The movie Antz became one of my favorites when my kids were little. All it took was one nasty bite and the lovefest was over.

I didn’t want to use any harsh pesticides since the ants built their fortress next to a pond that supports wildlife. First I tried the cinnamon method and dumped an entire cup of it onto their hill. Unperturbed, they brushed themselves off and went back to work. While I glared at their anthill, a couple crawled onto my sandals, up my legs and bit me when I swatted them off. I stormed back into the house for heavier artillery.

After boiling water in a big pot, I carried it across the backyard. “Die you evil @#!%#*!s,” I screamed and then laughed diabolically as I poured the hot liquid onto their outpost much like Quasimodo in the Hunchback of Notre Dame only his cauldron was full of hot lead. I just needed the hump on my back and the tolling bell. I watched as their bodies surfaced and thought the war was won, but I was wrong. They survived and not only did they survive, but the next time that I checked, their army had grown tenfold. How could that be? Ahhhhh!

Next, I bought diatomaceous earth which is really just gazillions of single-celled shells leftover from dead sea algae. Yes. Algae with a shell exists; I looked it up. The idea was to cut them to pieces. I know. What happened to that sweet child who watched them in the hot summer sun? I had become a killing machine. My ant invasion had turned into a brutal war and I would take no prisoners. Again they seemed to outwit me and drilled tunnels to another hill not far from the first. My attempts at lifting up the flagstones and pouring the toxic seashells over them only slowed them down for a while. They came back in droves.

One day the doorbell rang and when I found out it was an organic pest control representative, I grabbed the guy by the collar and pulled him out to the back patio. He informed me that ants telegraph to their clan when they are being exterminated and then go into reproduction mode. That’s what was happening. “You have to kill the queen,” he said.  He sprinkled some kind of poisonous ant food on their entryway so they could carry it to their queen and kill her off. It worked!

This is the first year in four that the patio is free of red ants! Cue the music. Ahhh. Tranquility at last. But wait. What was that on my counter? Something was moving on my kitchen counter! Ants! I had little black ants in my kitchen! I checked the dishwasher and there were several in there.  Nooooooooooooo!

I called the pest control company and a guy came out the next day. He sprayed both inside and out. I heaved a big sigh of relief until the following day. A swarm of tiny red ants showed up near my stove. I had just washed the floors and the spray bottle full of vinegar was still on the counter. I snatched it, pulled the trigger, and sprayed those little suckers. “DIE!” I screamed and they did. I was so surprised and satisfied!

Later that afternoon those horrid little black ants were back. I armed myself with that bottle of non-toxic ant-killing napalm and waited, spraying anything that moved. 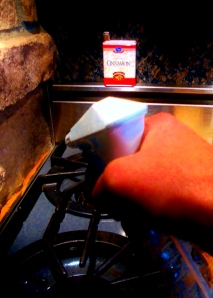 In a few days, the smell of vinegar reminded me of the combat zone in my kitchen. Just a whiff of that ant annihilating elixir would revive me enough to keep fighting the battle. I made sure there was plenty of ammunition on hand. I pulled out a gallon jug from the pantry and kept my spray bottle full.

Then I remembered what the exterminator had said. “Duh! They are increasing the size of their battalion by making baby ants!” I called him after they waged a sneak attack and threatened to ruin MY birthday. It was a nightmare and now I was really pissed. He came out and sprayed all over my kitchen, this time including the stove and around the dishwasher. He was reluctant to apply the non-toxic poison outside since he couldn’t find their nest. After he left, I poured vinegar inside the dishwasher and ran it. Some crawled out onto the floor where I ambushed them with my spray bottle. The skirmish continued and I was losing hope.

That night I dreamt that while watching an outdoor baseball game, I noticed hundreds of ants on my friend’s back. I yelled, “There are ants all over you!” As I began to brush them off, she seemed unbothered by them. Her reaction disturbed me as much as the swarm of ants!

The next day, I found them crawling all over my clean stove. I had tried everything. What could I do? I took it apart and wiped it down with vinegar. Then I poured cinnamon along their pathway. 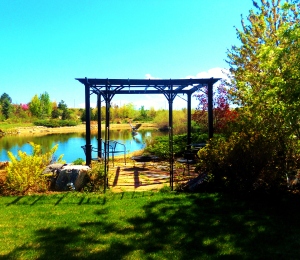 At daybreak on April 13th, I locked and loaded my vinegar spray bottle. I tiptoed towards the frontline and turned the lights on above my stove. No ants. I scrutinized my kitchen counters. No ants. I peeked into my dishwasher. No ants! I typed away that day and periodically checked for life. NO MORE ANTS!

When I realized we were ant-free, I did a victory dance! April 13th will now be known as NMAD  or No More Ants Day!

Yesterday, my husband and I sat out on the back patio. I watched as a delightful little colony of small black ants worked in the golden afternoon sun.

Have you ever battled vermin in order to reclaim your turf?

This segment of the Hunchback of Notre Dame includes Quasimodo’s molten lead scene that I emulated.

The Hunchback of Notre Dame photo by Wikipedia

129 thoughts on “How I Became a Mass Murderer”