When my daughter Courtney won a trip to New York City to see The Saturdays, I said, “Who?” She informed me that they are an all-girl pop band similar to The Spice Girls.

My second question was, “Can I go?” I frantically tried to fold myself into her carry-on bag to no avail, so I got another idea. I could be a fly on the wall! 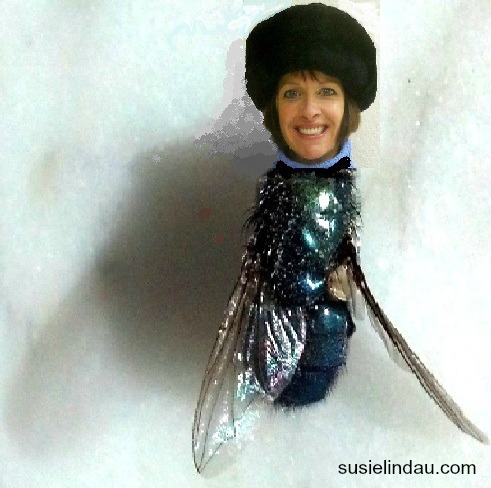 With my new transformation, I easily crept into Courtney’s bag. She never noticed I was there! Can you find me in each of these photos? 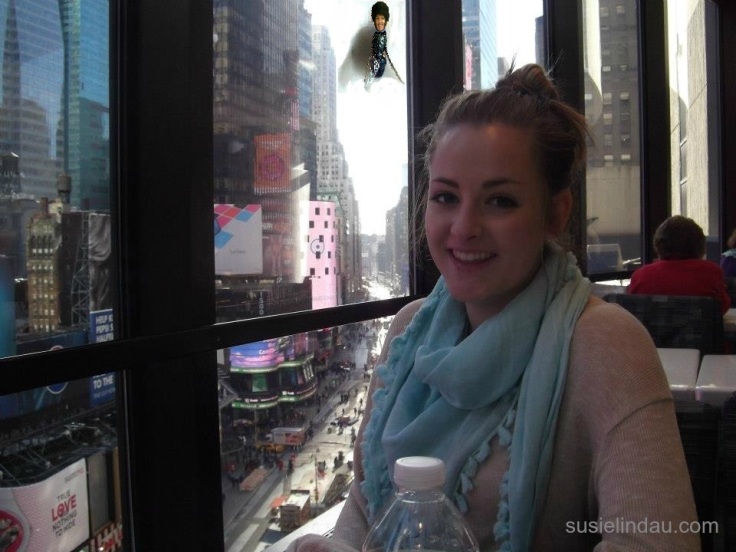 Courtney and her friend Allie (who entered her email in the contest) were flown out as guests of the band and E! Entertainment. They stayed at the very fabulous Marriott Marquis in Times Square. 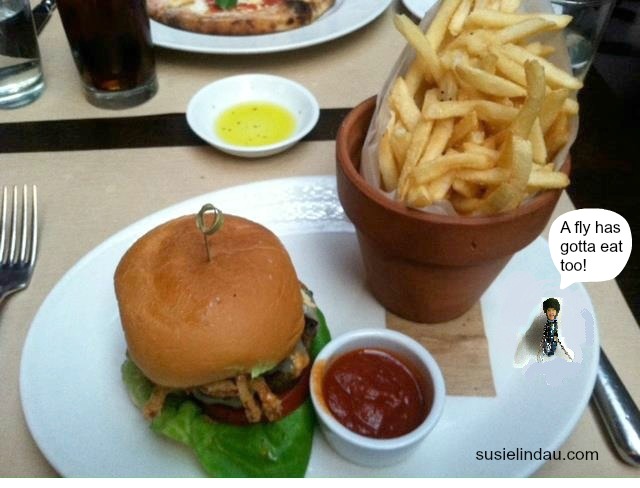 The Mercer Kitchen in SoHo was So Delish! 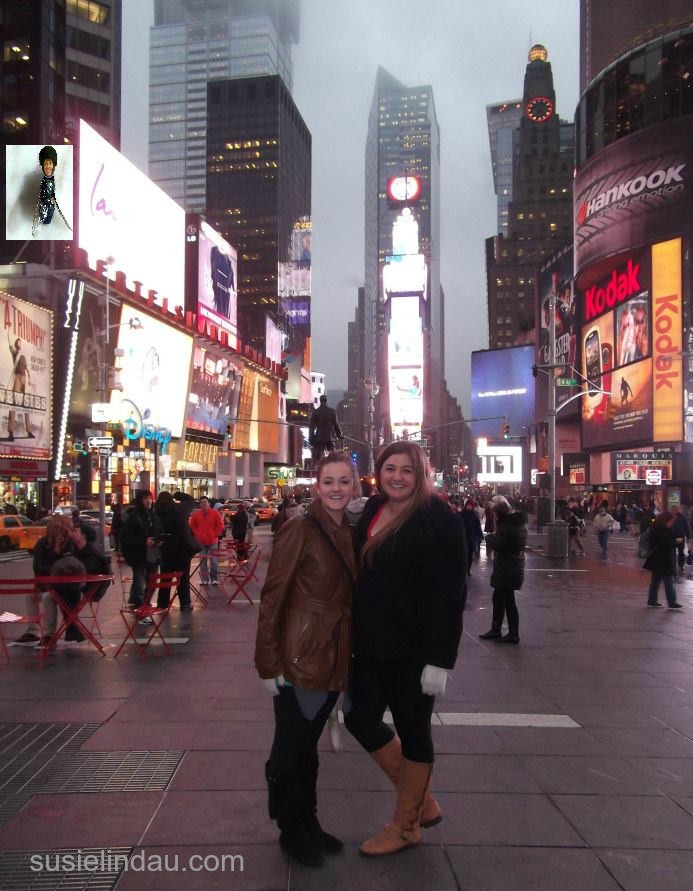 The girls explored Times Square after scoring tickets for a show. 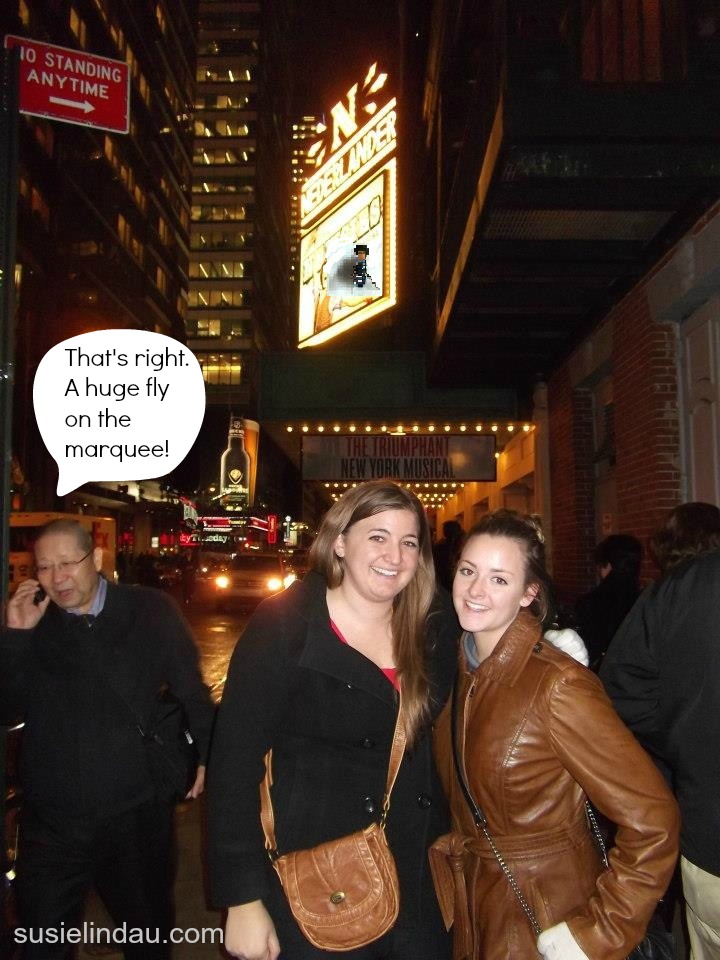 Waiting in line for the Broadway musical Newsies and taking in the atmosphere. 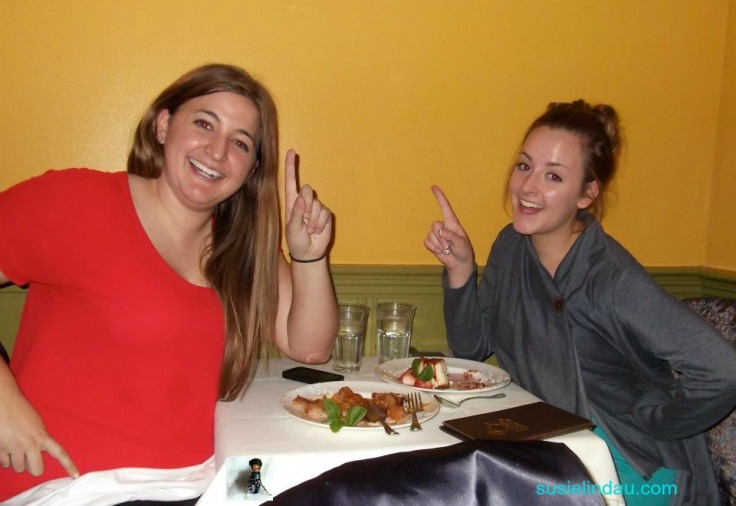 Another exquisite meal, this time at Becco while Allie and Courtney express their winning attitude! 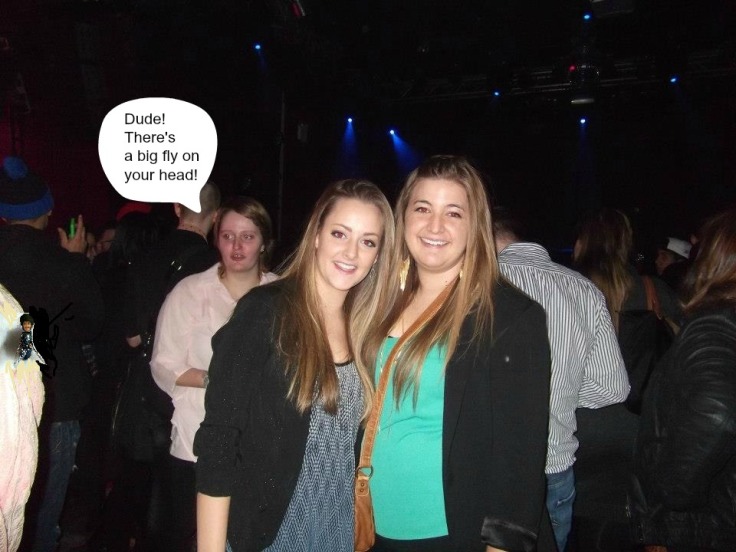 After party-busing to the concert, the girls enjoyed VIP treatment. They met the eight other lucky winners. 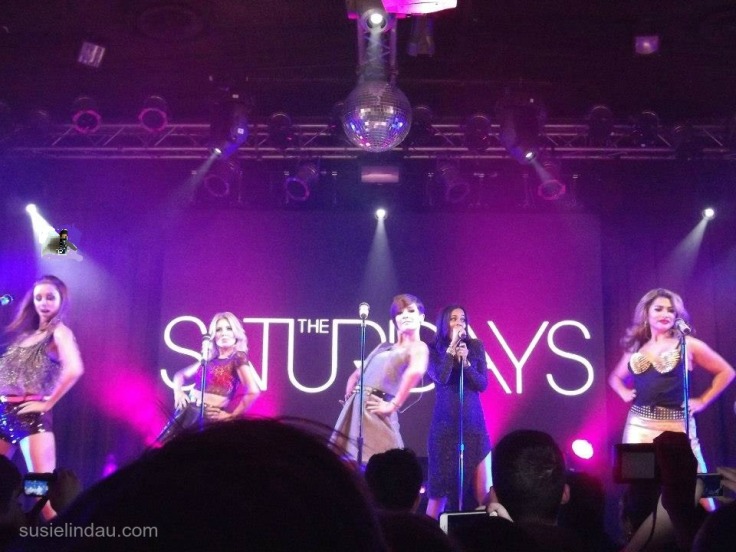 All close up and personal with The Saturdays! It was no surprise how many guys were in the twenty-something audience. 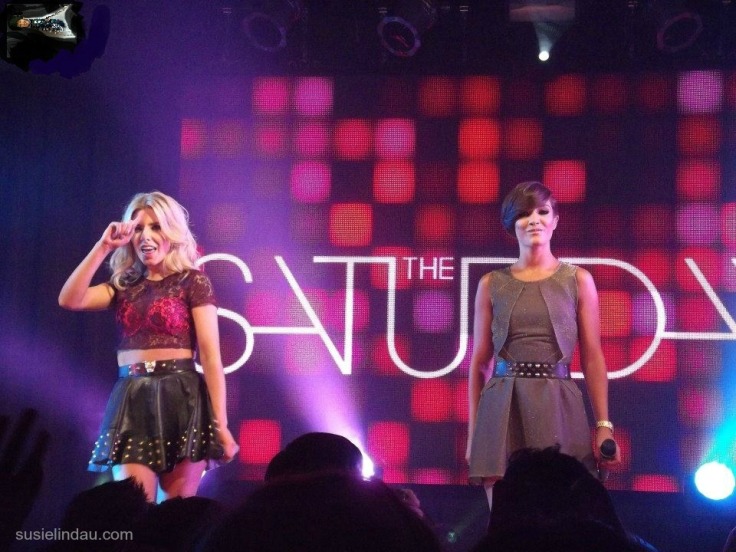 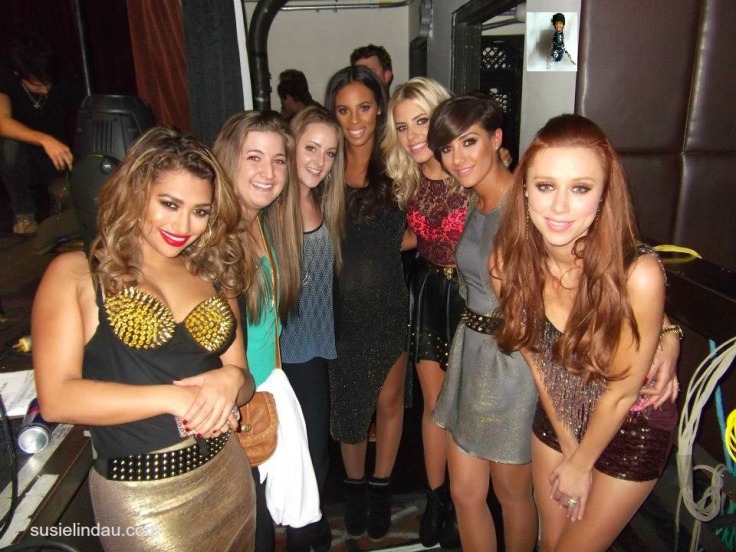 Courtney and Allie are surrounded by The Saturdays.

The British/Irish pop band has been together since 2007. They have 11 Top 10 Singles and 3 Top 10 albums in the UK. They hope to achieve the same success in the United States. The New York performance coincided with a media blitz including an appearance on Chelsea Lately, (love her!) Jay Leno, and The Today Show. They have their own reality TV show, Chasing the Saturdays which premiered on the E! Entertainment Channel, Sunday night. The series chronicles the girls while shooting a new dance video, recording their first internationally released album and of course all the drama that unfolds while residing in California. Five hot UK girls living in Hollywood. What could possibly be interesting about that? *wink to all the guys out there*

After arriving home in Boulder, I slipped out of Courtney’s bag and transformed into my old familiar two-legged self. I’m glad to be back, but my arms are sooooo sore…