Impulse and risky choices have taken me on all kinds of adventures. This story epitomizes who I am.

After graduating from college, I struggled to find illustration jobs. Every month or two, I drew promotional advertisements for an upscale women’s clothing store where I worked selling clothes. The intermittent opportunities paid a meager wage. I made more money selling clothes than drawing them.

Then, I had a brilliant idea. Madison, Wisconsin is only a few hours away from Chicago, so I took the Van Galder Bus to the Merchandise Mart. I hoped to find a few businesses willing to pay me to draw their clothing and accessories.

With an art portfolio held tight in my hand, I knocked on doors all day, but only found one interested company. I showed the owner my drawings and paintings. She picked a purse from a pile on a table and said, “Draw this one.” She handed me a #2 pencil, a piece of typing paper and escorted me to her desk. She and her staff watched as I drew. Perspiration dripped from every pore on my body. Somehow, I managed to finish. She smiled and paid me $10.00. It covered less than half of my bus fare. 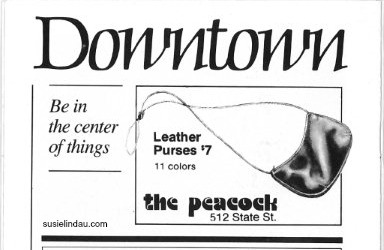 I took the elevator down to the lobby and stepped into the chilly spring air. After reorienting myself, I made my way to the bus stop. I thought about my career choice and if it would be worth it to travel to Chicago again.

While I stood shivering on the curb with my back against the Lake Michigan wind, someone tapped me on the shoulder. I turned and a thirty-something, unshaven man in a light jacket and jeans asked, “Are you waiting for the bus back to Madison?”

“Yes,” I said and nodded with curiosity.

“Fly?” My heart skipped a beat and I laughed. “What do you mean?”

“Just give me the money for your bus ticket and I’ll fly you back to Madison.”

I didn’t hesitate. I handed him the twelve dollars and followed the stranger.

He asked a few more people. A young man and woman locked my gaze. I shrugged my shoulders the best I could with an oversized portfolio in my hand and said, “I’m going for it. Why not?”

The four of us shuttled out to the tarmac while making small talk. The pilot explained that he flew down to Chicago on a regular basis with deliveries. He enjoyed meeting new people and the extra cash helped pay for gas.

We arrived at the 4-seater Piper aircraft. The pilot loaded our possessions and unlocked the door for us. I could barely breathe as we climbed inside the small hull. I had only flown once and loved it. On that trip, I enjoyed the landings and takeoffs so much, I was thrilled to have a layover. 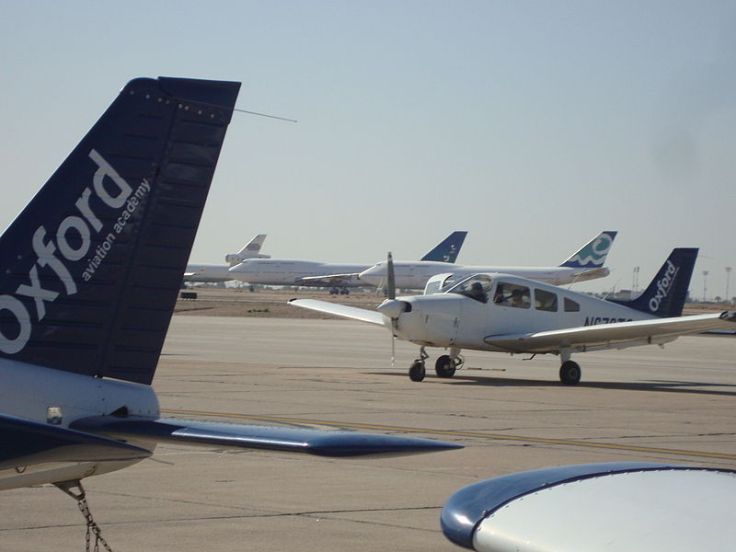 He started the engine and we ended our conversation. The noise and vibration of the engines reverberated through the hull and my skull. None of my girlfriends would do this.

We ascended towards the sky while I white-knuckled the arm rests. I marveled at the view through the cockpit from the row behind. We arrived in a magical world of billowy clouds which swathed the windows in a wash of heavenly ribbons. White puffs flew by the passenger windows. We rose above them and for a while enjoyed the clear skies and smooth ride.

A towering mountain of thunderclouds brewed up ahead.  Instead of climbing in elevation, we headed straight for the center of the massive storm. I exchanged a nervous glance with the young woman next to me. I smelled rain.

We pierced the stormy wall. Rain pelted the windshield and windows and then came down in sheets. The rain-filled clouds tossed our tiny airplane around like a volleyball. Turbulence and pressure seemed to crush the metal structure. I took deep breaths, hoping to keep the vending machine sandwich in my stomach. My legs tensed with the roller coaster ride. Thunder rumbled and lightning flashed causing momentary blindness. It occurred to me that if the plane crashed, no one would know what happened to me.  It’s too late now.

The plane broke through the heavy clouds. It rose a bit with the release. We hummed along for a while and then jet turbulence from the Dane County Airport pounded the craft. Finally, we started our descent. Minutes later, we three-point landed on the runway. I let out my breath.

The pilot shut off the engine, but my head continued to buzz. I floated down the steep steps on rubbery legs.

As we walked to the terminal, he asked, “Does anyone need a ride home?”  I had already hitchhiked a ride on an airplane from this stranger. What the hell?”

After he drove me to my apartment, I phoned my friends and family. They thought I was crazy. They would never hitchhike a ride in a car let alone an airplane.

Sometimes acting on impulse creates an opportunity for a thrilling adventure. I am a Wild Rider after all.

Have you ever hitchhiked or picked up a hitchhiker?

132 thoughts on “The First of Many Wild Rides”