I’m an obsessed idea freak, by that I mean, once I get an idea in my head I have to accomplish my goal. It drives me nuts until I do. After talking about it, visualizing, and then calculating the best route, I keep my eye on the prize gleaming at the finish line. I’m sure it has something to do with the challenge and enjoying the creative aspect of the work, but I believe it has a lot more to do with achieving sparkly goals.

In the past, I visualized a stained glass window, and then took a class and constructed five. I visualized angels or birds flitting and floating on my ceilings. Then one snowy Sunday afternoon, I pulled a ladder from the garage and painted them. It gave me enormous satisfaction to create something out of nothing. 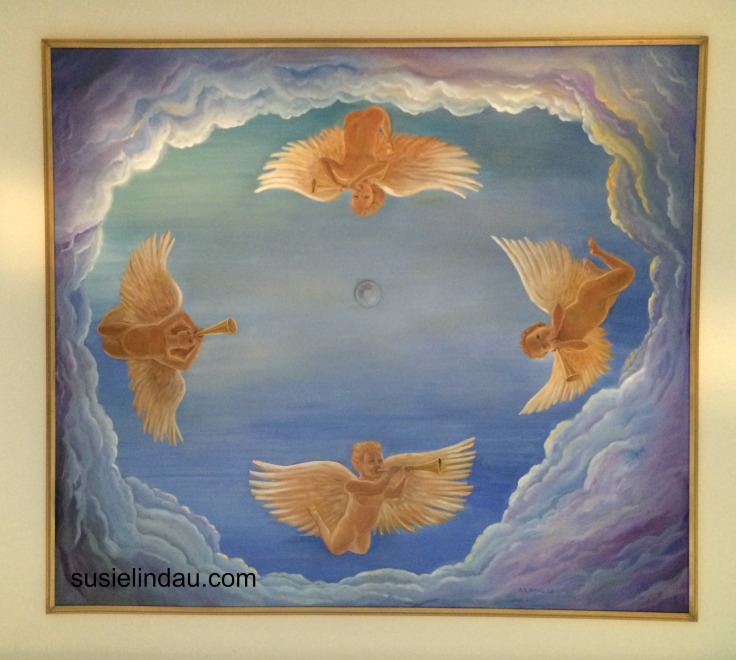 Since this has always worked with art projects, I wondered if it would work with writing.

As you have probably heard many times by now, it is National Novel Writing Month or NaNoWriMo. I figured you did. Thousands of writers around the world participate with the hope of writing a 50,000 word book during the month of November.

In the past, I rolled my eyes at this event. I couldn’t understand why anyone would want to race to finish a novel in one month. I mean, how does anyone write an entire novel worth publishing after one month’s time anyway? I found out later, no one. This is a first draft and a mere skeleton of the book to come. My first novel is 91,500 words so you can see it will take a few more drafts to “flesh out” that skeleton. By the way, that expression gives me the willies. I always think of Silence of the Lambs. Shouldn’t it be “…a few more drafts to put meat on its bones?” I guess, I’ve always been pretty visual and literal.

Timing is everything. Remember that snowy Sunday? I finished editing my first novel written as a standalone and visualized the second in a three book series. Now my eye is on that glittery prize. NaNoWriMo is the route to the finish line.

I love the idea of having a rough draft of it by the end of November. With so many participants, I can feel the tow of others in the flow of NaNoWrimo. Maybe I should write a poetry book next year.

With art, there’s the excitement of a splash of color which would take form from my imagination. The word count in NaNoWriMo sort of works the same way. I’m not going to freak out if my first draft goes over or under 50,000 words, but it does give me a ton of satisfaction to see my word total grow. It’s a total that may not have grown at all if it weren’t for the incentive of joining this crazed group of writers.

I wish it was a different month like boring old February. Along with Thanksgiving, my family will be celebrating three birthdays over the next few weeks. The month starts out calm, so I’ll try to get ahead. I’m a crazed writer too, but not so crazy to miss birthdays or one of my favorite holidays.

In the meantime, I will visualize my story as my fingers clickity-clack on the keyboard. My eyes will be fixed on the skeletal first draft prize. Once in a while I’ll check in with others who have joined the NaNoWriMo madness who hope to win by finishing 50,000 words by November 31st. Wait. There are only 30 days in November? I gotta go.

Do you find incentive in joining groups to complete a goal?

46 thoughts on “Why I Joined the Madness”