I started writing over four-and-a-half years ago. I had an idea for a non-fiction book, a snarky take on Boulder women. If you’re not familiar with how to assemble a book proposal, non-fiction is skiing down a gentle slope compared to fiction where the writer must plod along the desert and climb craggy mountains with blown out tennis shoes and holes in their socks. I’ll get to that later. At that time, I only needed a query letter, a table of contents, and a few sample chapters.

It took months to finish one chapter since my typing skills matched my affinity for editing. At first, I fought for every word when my husband checked over my essay. Yep. One essay. Don’t get me wrong. I wanted perfection, but it killed me to change a sentence I had slaved over. When my kids pointed out how to right-click, delete, copy, and paste, I floated into a state of nirvana. After finishing the proposal, I had an editor look it over. He liked the idea, but told me I needed to build a writer’s platform by blogging. So on April 10th, 2011, I posted for the first time on WordPress.

Here I am on my four-year blogiversary with my 400th post! Amazing.

If it was so dang easy, what happened to the non-fiction book proposal?

I joined a Friday flash fiction group and fell in love with making stuff up. I wrote the first sentence of these micro essays by using stream-of-conscious writing. In other words, I wrote the first words that popped into my tiny cranium. From there, I described the character’s world and what they wanted. Then, I would come up with the biggest twisted ending imaginable. They were great fun.

After spending months creating worlds and playing with characters no one would ever meet, I had a eureka moment. Instead of worrying about what my friends would think of my perspective on Boulder life, I picked out one of the more popular flash fictions and decided to transform it into a book. How hard could it be? I thought I could simply extend the story. In a year, I would be a published author!

And from here we enter the desert.

I had no idea what I was doing. Instead of a few sample chapters, the entire book would have to be complete before querying. I still had my heart set on landing an agent and being traditionally published.

Little did I know there were rules to this enormous genre. My expanded flash fiction only encompassed the first two chapters of what would become a 50 chapter book. I remember writing to chapter 30 and not knowing how the story would end. I had loved writing in this “pantsing” way, but not know where I was going, proved to be grueling and all uphill with lots of crevices and cliffs to sidestep.

During the first year of writing the book, I continued to write flash fiction. It confused my pea-brain to handle sets of characters while switching back and forth between stories. I finally had to commit to the book and stop writing short stories. It was taking forever.

Why didn’t you just whip it out and e-book it?

I don’t believe in wasting reader’s time because of unpolished writing. I figure an author’s work is like a meal at a fine restaurant. One bad dinner and the patrons will never come back. Regardless of whether I e-booked or not, I wanted my book to be the best it could be. By the time I finished the first draft, I had fallen in love with my characters and story. It would be worth the time to do those 376 edits, I always joke about. I’m probably close to that number now!

Getting back to the rules, I learned a ton throughout this journey. I scoured the internet. I bought and devoured books. I went to writer’s conferences and chatted up other writers, authors, agents, and editors. I blogged about writing and asked for opinions.

Exciting and nerve-wracking, I gave my first chapter to a few writers, they felt it didn’t start in the right place and they couldn’t connect with my character. The stakes weren’t high enough. GAH! I had arrived at the end of a long tenuous journey with one foot bruised and the other blistered only to find I had a few more miles to go. I couldn’t give up when I was so close.

I rewrote and rewrote and rewrote for months, until one day, I looked up from my computer and smiled. I knew my story finally started in the right place. My main character came to life on page one and her stakes would give most people nightmares. I was finished.

My first book took three and a half years. Ironically, I wrote the second in the series in three weeks, but I knew the main plot points and ending before I started. I have the third all “tent-poled” and ready to write. Now that I know the rules, it is so much easier.

So what does this have to do with your 400th post and blogiversary?

Writing blog posts stretched me as a writer. It was the practice I needed to finish the final mile. Every one of those 400 essays contributed to the book and the writer I have become.

After many long hard days the terrain became less rocky. The mountain face I had scaled became a gentle slope in the foothills I could ski. I will continue to work hard on my craft and will sit down to darn socks and replace worn out shoes when need be and will keep on trekking.

If I knew it would take me this long, I would have started the journey anyway. It’s not just about the book anymore. Ultimately, it’s about writing. The blogging and the book are intertwined. I’ve learned by taking the road less traveled. 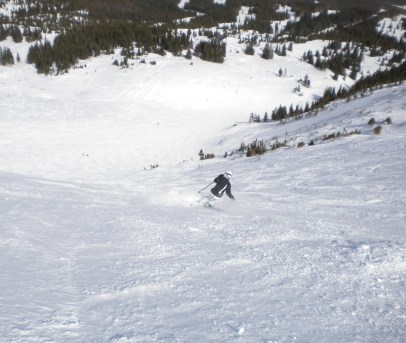 Why do you blog? If you don’t have one, would you ever consider blogging?

90 thoughts on “Pantsing While Plodding Toward Publication”