When I’m scolded by a young woman in her twenties for being reckless, I know it’s been a real adventure.

I had been road biking to a small town about ten miles from my house and back to build strength in my leg after knee surgery. After several bike rides, I itched for something different. Something new. Something…adventurous.

I decided to mountain bike around the Boulder Reservoir instead. I used to belong to a mountain biking group that explored Boulder County. It had been a while, but I thought it would be fun to hit the trail again.

Looking back, I should have recognized the turkey vulture as a bad omen.

On the way to the res, I rode by Coot Lake.

I entered the Eagle Trailhead. A new little friend hopped along the path and pleaded with me to turn around. Of course, I didn’t listen. 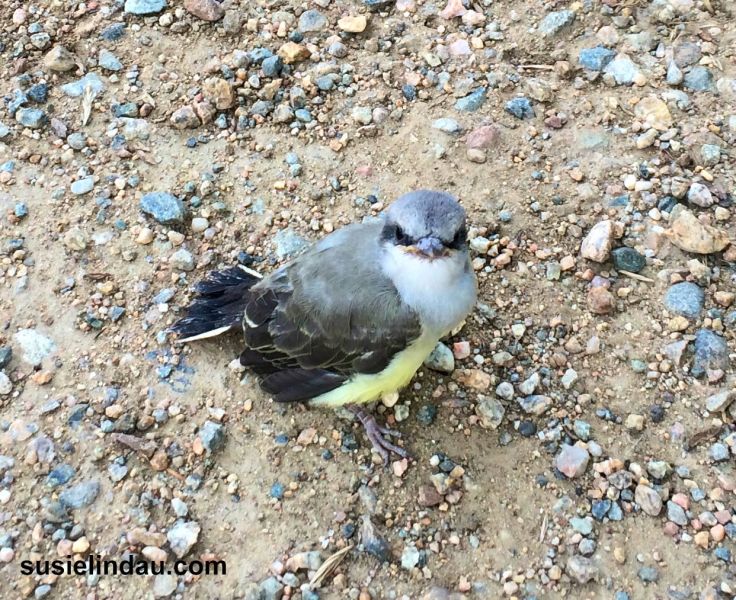 Then I arrived at a fork in the road. You know what happened. Yes. I took the road less traveled. That’s what I do. It was unmarked, so I assumed it merged with the main trail. I was all kinds of wrong.

After riding a short distance, the trail ran parallel to a stream. Soon the water overflowed its banks. I pushed forward until my tires became thick with muck. I rode on the grass between. When that became drenched, I stopped. I could see my destination ahead; the dirt road back to the trail. A little farmhouse stood at the fence between. I looked behind me. I had been riding on this trail for at least twenty minutes. It was too wet and muddy to backtrack. There had to be a way out. 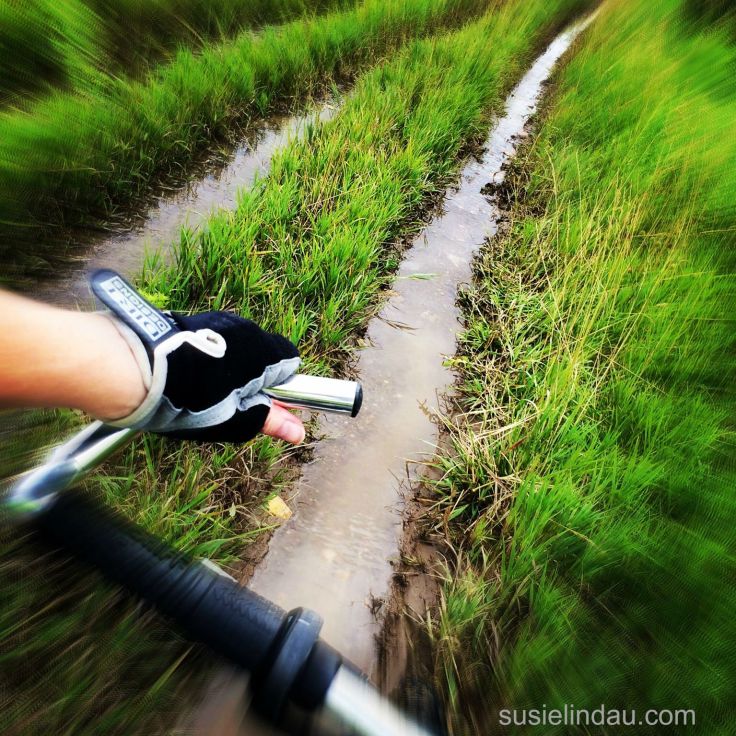 When I finally arrived at the farmhouse right in front of the road, my road, I was greeted by a No Trespassing sign and what I assumed was an electric and razor wire fence. Now what would I do? No way would I traipse through that bog again. 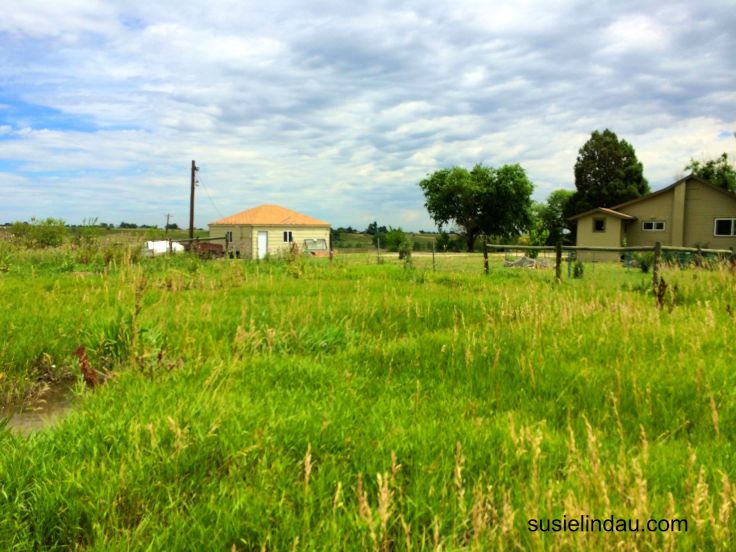 I could see the trailhead where I had started my trek. I had to bushwhack.

The marshy ground was covered in shoulder-high weeds. It was hard to pedal and I thought my tires were flat, but I kept going. If I walked my bike, I would get sucked into the muck. I wanted to avoid West Nile mosquitoes bites.

I found an animal path cutting through the weeds and followed it for a while until I discovered a mowed pasture. It was underwater too, but at least I could see the ground. Then, I cut back into the heavy weeds. I couldn’t see where I was biking, but I closed in on the trailhead.

Once I made it back, I was screwed. It was fenced off. GAH! I would have to climb over. I picked up my bike to toss it over the fence and stopped to take a picture. A young twenty-something woman ran up to assist me.

“How did you get over there?” she asked.

“I took an old farm road, but it dead-ended.”

“I almost stepped on a rattlesnake last week, so you were taking a pretty big risk going off-trail.”

The only snake I might have stepped on would have been of the anaconda or water snake variety. She wasn’t done with me.

“Next time maybe you should plan your ride a little better.”

Did she really just say that? “No way. Why would I start doing that? Planning would take all the fun out of it.”

She shook her head and walked away.

The next day, it occurred to me if I had hit a rock or a hole and had fallen, no one would have seen me. Remind me next time not to tell my mom. She said, “You are out of your mind taking chances like that. Do you want to end up on the 6:00 news?”

Hey. At least I lived to tell the tale and to Ride Wildly another day. Would you expect any less?