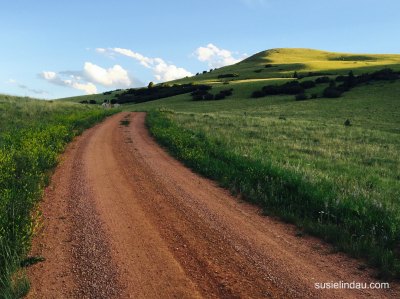 I will travel far and wide in Europe this summer and will drive during part of the trip.

No big deal, right? I drive all the time. But I’ve never driven in the UK where they drive on the wrong side of the road. Whoa.

Why am I freaking out?

It always takes me a while to get used to doing something new. Okay, I’ll admit it. I’m a spazz. My tennis coach used to take my arm and move it through the motion of every new stroke. When I tried Zumba, I was shamed by the elderly ladies dancing the Samba for the first time.

Don’t get me started on my left-hand. I never know what it’s doing. Just last night, it held a key and I forgot about it.

The first time I ever drove, my dad sat in the passenger seat while we crossed the street to the humongous school parking lot. Only one car parked in the lot that Saturday afternoon. I had tons of room in which to take my maiden voyage in our Buick. I took long, slow practice turns around the lot. That one car frightened me. I closed my eyes to mere slits and cringed every time I drove past. At one point, I pointed our station wagon in its direction and drove at ramming speed. My dad wrenched my grip on the steering wheel so I wouldn’t plow into it! In my defense, the Law of Attraction came into play. It was a pretty nice Ford Pinto.

How would I get used to driving without closing my eyes to oncoming traffic?

I got a BRILLIANT idea!

The first video was a driver’s test in Halifax. It started out with everything and more. Soon I took right turns into the left-hand lane, (in my head) like a pro. I enjoyed the tense banter between student and instructor too.

Then I had a WTF moment. The student driver took a right-hand turn onto a street where the cars parked toward her on both sides of the road. It was a ONE WAY STREET! She would fail for sure. I waited for the retribution. And I waited. Nope. The driver’s ed teacher kept quiet as they continued as if nothing happened.

Crazy Brits park any which way they want! (Apologies to my British friends.) Sometimes they all park into oncoming traffic. Why? Now I have to watch for one-way signs at every corner!

It lost me after a boring parallel parking lesson.

I found the second video recorded in The Cotswolds for treadmill or spin classes. The classical music soothed my virtual white knuckles. The streets narrowed and a car approached. I focused on the music as the driver pulled over to the side of the road to let the other car pass. What a concept!

After a few minutes with both videos, my confidence soared. I’m sure I’ll drive like a pro after these unintentional tutorials. I hope I don’t get mixed up while running errands in Boulder…

Have you driven in the United Kingdom? Have you ever driven down the wrong side of the road? Do you like road trips?

Threats and Warnings. What Would You Do?

95 thoughts on “One Way to Prepare for the UK”