We started our vacation in Glasgow and drove to Edinburgh. I only drove the wrong way once, but immediately rode over the median, much to the amusement of Scottish onlookers. Oopsy!

I will take you on a photo journey of my six top destinations visited in the last few days.

We stayed in Dalhousie Castle for two nights.  With spectacular history and equally fine appointments, I was ready to move in. 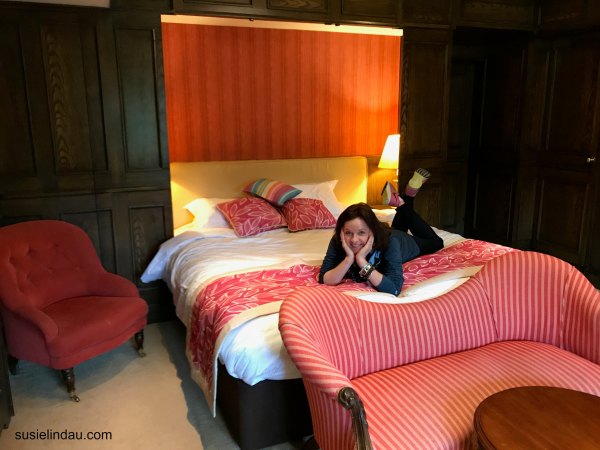 We took a tour of the Rosslyn Church of Da Vinci Code fame. Legend has it, when the Roman Catholic Church tried to disband the Knights Templar, they hid their treasure somewhere in the church. The tour guide told us of a paver which holds much of the building’s energy. The man is stepping on it in the photo. Not expecting much, I stepped on the stone. A chill traveled up my legs as I broke out in a sweat much to the excitement of the elderly docent.

Edinburgh Castle is well worth a look.

Amusement on the Royal Mile. 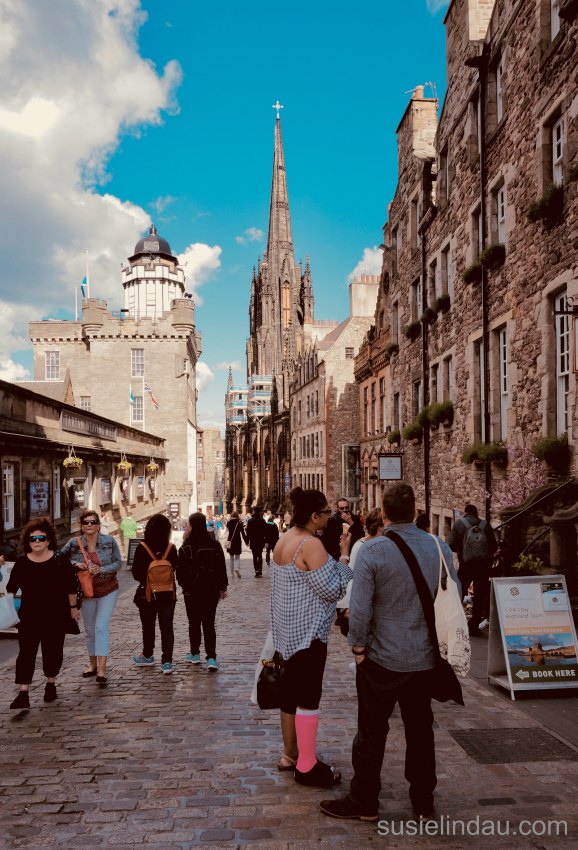 Had a fabulous meal at Maison Bleu.

Stopped by Stirling Castle during a rainstorm. 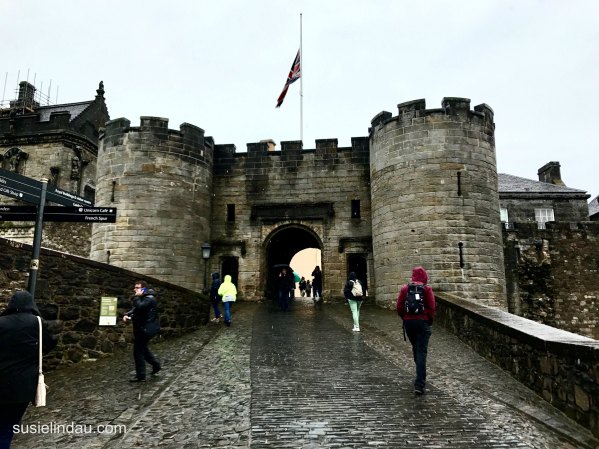 Danny and I seeking shelter under the arch. 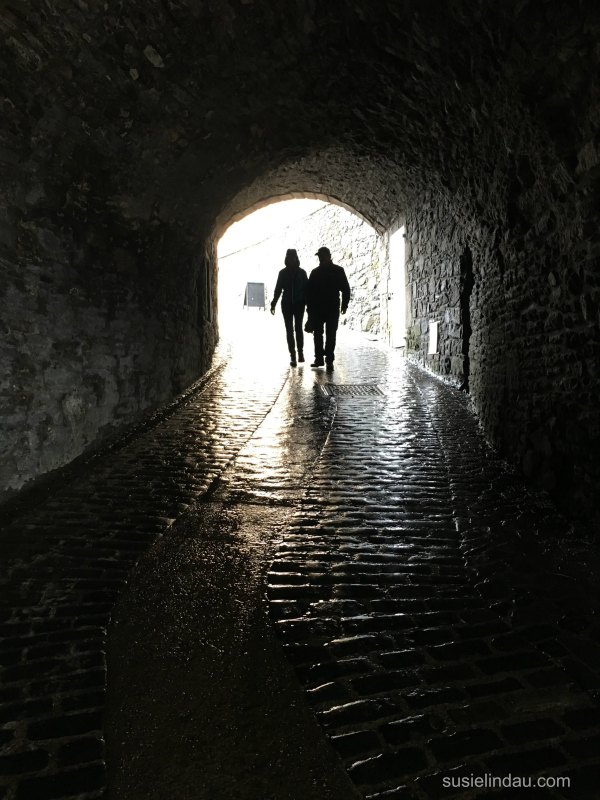 I could move into this library! The collection of first editions blew my mind and they are available to guests. Amazing.

We have to call the bellhop. It’s a half hour past check out. Got to run!