Positive thinking has always been my forté, if not my downfall, since being an optimist doesn’t always prepare me for the horrific. When the worst happened this spring, I had to work at thinking positive. Even cancer and double boobectomies didn’t shut down happiness like death.

I’m a firm believer in the Law of Attraction.

You attract the energy of your thoughts, whether they are positive or negative. What a simple way to live, right? Just think positive and you’ll attract a great life. But it’s hard when you’re grieving and random memories arise like when I notice the safety googles in my garage. “Watch out for your eyes,” my brother used to say at random times; a standing joke from a time when he helped me move out of an apartment. He almost poked his eye out on a table leg. Don’t ask.

I needed help from an old Roman philosopher, Seneca.

There’s no time limit on grief. I read philosopher, Lucia Seneca’s letter yesterday in a Brain Picking’s article by Maria Popova. Seneca wrote to his mother a few millennia ago, when he was banished to Corsica. He told her that distracting yourself from loss makes it worse. Grief will be hanging out when you come back from the Bahamas, or dinner with friends. He was a little more eloquent than that.

“It is better to conquer our grief than to deceive it. For if it has withdrawn, being merely beguiled by pleasures and preoccupations, it starts up again and from its very respite gains force to savage us.”

Instead, Seneca suggested a focus on “liberal arts.”

“I am leading you to that resource which must be the refuge of all who are flying from Fortune, liberal studies. They will heal your wound, they will withdraw all your melancholy.”

Whoa! Would reading end my grief? Cool. I’d start with Tuesdays with Morrie, memorize some Faulkner quotes on dying, and round it off with a little philosophy by reading Camus, Sagan, and the Dali Lama.

I finished Camus’, The Stranger and scratched my head. I mean, the main character was absolutely clueless. He acted more like an amoeba, than a thoughtful man. Then I found out he won the Nobel Prize for introducing philosophy of the absurd. Oh.

It occurred to me the meaning of liberal arts may have changed over time. Wikipedia to the rescue.

Liberal arts in ancient Greece refers to the education of a “free” person “to know in order to take an active part in civic life, something that (for Ancient Greece) included participating in public debate, defending oneself in court, serving on juries, and most importantly, military service.”

Ha! Maybe Seneca could’ve improved on the defense of his affair with the emperor’s sister had he brushed up on liberal arts. Did he want his mother to educate herself so she could defend herself someday? Nah.

Most likely, he wanted his mother to “take an active part of civic life,” come out of her grief and find a way to contribute to society. He could’ve said, “Join the living, Mom!” But, hey, they lived a few millennia ago.

So am I joining the living? Of course. I never left, but there are moments every day where I remember my brother and it brings me down with the “would have, could have, should haves.” Not anymore.

From Seneca – “Everlasting misfortune does have one blessing, that it ends up by toughening those whom it constantly afflicts.”

I should be badass.

It’s all about choosing happiness.

And this: “It was nature’s intention that there should be no need of great equipment for a good life: every individual can make himself happy.”

Yesterday, I read a blog post by Niki Meadows. This saying caught my attention. 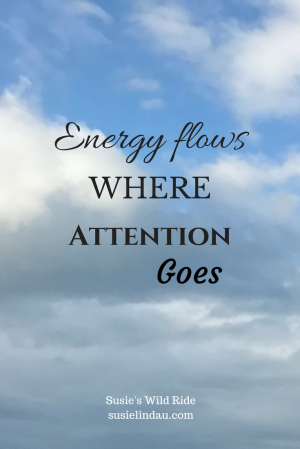 A great reminder to make the choice to be happy. 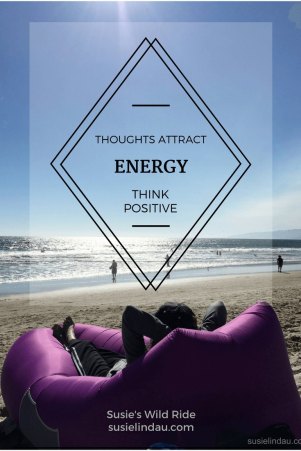 Between Seneca and Meadows, I awoke with renewed energy. Okay, so I overslept. Now when I think about my brother, I will think about the absurdity of death. I will make the effort to smile when I remember him. Engaging in life will heal the wound. I think I’ll be okay.

Have you ever heard of Seneca? Do you believe your thoughts attract energy?

Be Your Own Badass Hero

What Seeing Mila Kunis and Asthon Kutcher Taught Me

An Open Letter From My Boobs