When I planned the trip to Europe, I wanted to wing it in several countries, but not in Paris. The last thing I wanted was to panic and become homeless during high season. I booked an Airbnb near the Arc de Triomphe two months in advance. Super cute and fairly modern, I thought it would be the perfect location for touring Paris for a week. I would never have guessed it would be invaded.

Once we arrived in Paris, there was a problem with communication. We sat at a nearby café and tried to get a hold of the host. It took a while to find the apartment and the key. When we finally entered the apartment that evening my husband, Danny, and I were pleasantly surprised. It looked exactly like the photos on the site. We settled in and I set up my computer.

The host had left a couple of water bottles in the fridge so I walked across the room to quench my thirst. That’s when I noticed something. Something crawling on the counter. Ants. Okay, so a couple of random ants isn’t a big deal, so I sat back down at the computer.

When a few more ants found the computer cord and crawled to my laptop, it creeped me out. I walked to the cupboards and opened one. The clean glasses were crawling with them. Euw! We were booked for a week. What would we do? I didn’t want to spend hours cleaning. I called the host, but he was on vacation. What? I always thought there was supposed to be someone available.

This is a screenshot from a video I took for Airbnb and the host.

We went out for a short time and then slept in the bedroom. All night long I felt ants crawling on me. I’m sure it was psychosomatic… or was it? 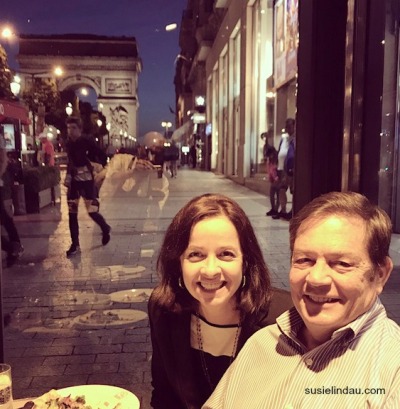 The next morning we got a hold of the host through Viber. He thought I was nuts and overreacting to a couple of ants. I spoke with Airbnb and sent them a video. I explained that I really didn’t want the place fumigated since I had breast cancer a few years ago. She said she would have to talk to the host and her manager. At that point, we were paying for a week’s stay. I started the search for new places anyway. There weren’t many available.

When she called back, she was very understanding and told us to pack up.

As we were throwing our things in our bags, the host’s cleaning lady arrived and started spraying insecticide everywhere. I tried to tell her, but she acted like she didn’t understand, even though I used Google translate. In a panic, I bolted and hoped I didn’t leave anything behind.

Danny and I hit the street with our bags in tow. I needed to sit somewhere to regroup. Although I had looked other apartments, I had spent most of my time with Airbnb. This was my worst nightmare. Homeless in Paris. We had to find another place to sleep that night.

We sat at a cafe for a while, then I got antsy – pun intended. It was already noon and would take some time. How would we find something decent at the peak of summer vacation in Paris? One of the places I had inquired about was located near the Eifel Tower so we took off in that direction. As we walked down the sidewalk we passed a Four Seasons Hotel.

“Let’s check it out!” said Danny. We stayed at one in Maui for our tenth anniversary, but this was Paris. We walked inside. Whoa. Fresh flower arrangements towered in the lobby. To say it was high end would be an understatement. Danny asked the price of a room. $1600 per night. *gulp*

“Monsieur, we would be happy to check your luggage while you try to find suitable accommodations,” said the beautiful young woman and concierge. We walked to the bar and settled into a corner table. We could be stranded in a lot worse places. 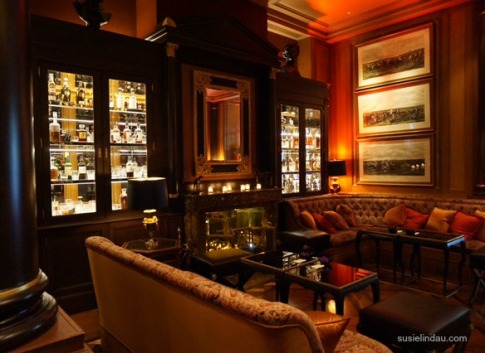 The apartment near the Eiffel Tower was already rented. As I researched more requests, I thought about how most Airbnb’s are reserved in advance. The hosts take a few hours to get back to you. I wondered if we would end up at a youth hostel. I enjoyed our amazing surroundings while it lasted.

I ordered tea which came with little muffins and candies. Danny ordered a beer and the waiter brought cashews and olives. The staff really took care of us.

Each time I sent out a request, I found the apartment was already booked for the night. I wanted to stick with Airbnb since the representative mentioned something about being compensated.

Minutes turned to hours. My phone battery started to die. The charger adapter was packed in the suitcase held in a room somewhere in the hotel.

I asked the waiter if they had a US adapter for my phone charger. He showed me to a sound proofed business room where another staff member offered to help me. She left to look for one. I waited and waited and waited.

It was almost 5:00 PM. We had wasted lots of time the night before trying to find the apartment and then a full day trying to find another. It made me sick.

With only 10% battery left, I finally heard back from someone. Yay! We tipped the concierge, retrieved our luggage and took a taxi to the apartment. It was located on the Rue de Rivoli across from the Tivoli Gardens.

As I stepped out of the taxi, I got bad news. “I am so sorry, but the apartment isn’t available until tomorrow.” Nooo!

Danny told me to wait with the luggage and he would find a place. I have to admit. I started to cry. In what seemed like five minutes, he returned beaming. “I found a hotel!”

We took one turn at the intersection and then another. As we approached a beautiful building he said, “The hotel is right there.” I followed Danny into a super skinny hotel with the sign, Hotel Relais Saint-Honoré. My eyes had to adjust to the dim lighting in the small lobby. I turned to Danny, “I can’t do this.”

A quintessential French concierge stepped from behind the desk wearing a one-button jacket and a smile. I expected a reprimand for my insult. “Madame Lindau, I assure you, Jerome has the finest room in the hotel for you. You will be most pleased, Madame. Come, let me show you.”

I went up the little elevator while doubt seized my empty stomach. When I walked into the room my jaw dropped. It was ultra modern and well-appointed in gold, black, gray, and white. Jerome did not disappoint. I could’ve moved in for a month. Our daughter, Courtney would arrive in a few days, so we needed a bigger place.

This picture was taken when we checked out. Sorry about the wrinkles! 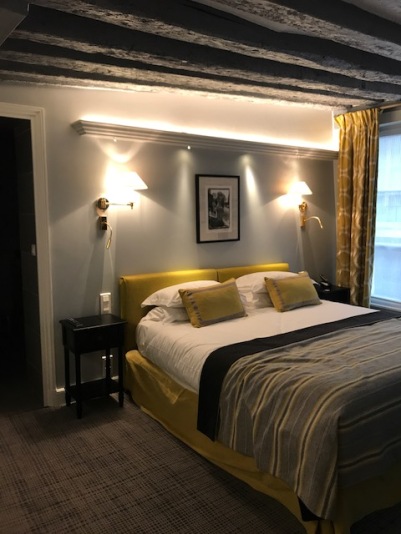 An hour later, I received another Airbnb response for a gorgeous two bedroom practically across the street. It was available the next day. Perfect! When we checked out of the Saint-Honoré the next morning, two other concierges worked at the desk.

“We really hope that you enjoy your stay at the apartment, but please let us know if we can do anything for you while you are in Paris. We can recommend restaurants or make suggestions for sight-seeing.”

Our new Airbnb was beyond my wildest imagination or the pictures on the site. Clean, quiet, and ant-free, the windows opened to a terrace in a very stately building, decorated in French decor. It was well suited for our daughter when she came to stay a few days later.

Airbnb refunded our money from the first disaster. I don’t think it helped that the host was away on vacation. The associate checked in to make sure we found another place to stay. I was most impressed.

On our last day in Paris, I insisted on stopping by the Relais Saint-Honoré. I hoped Jerome would be there. I wanted to thank him for saving us and introduce him to Courtney.

Except for Ant-man, I found all the Parisians to be as warm and friendly as Jerome!

Have you ever found pests while on vacation? Have you been to Paris? Have you used Airbnb?

How I Became a Mass Murderer

A Day in London with Charles Dickens: Photo Essay

82 thoughts on “Invaded and Homeless in Paris: Photo Essay”