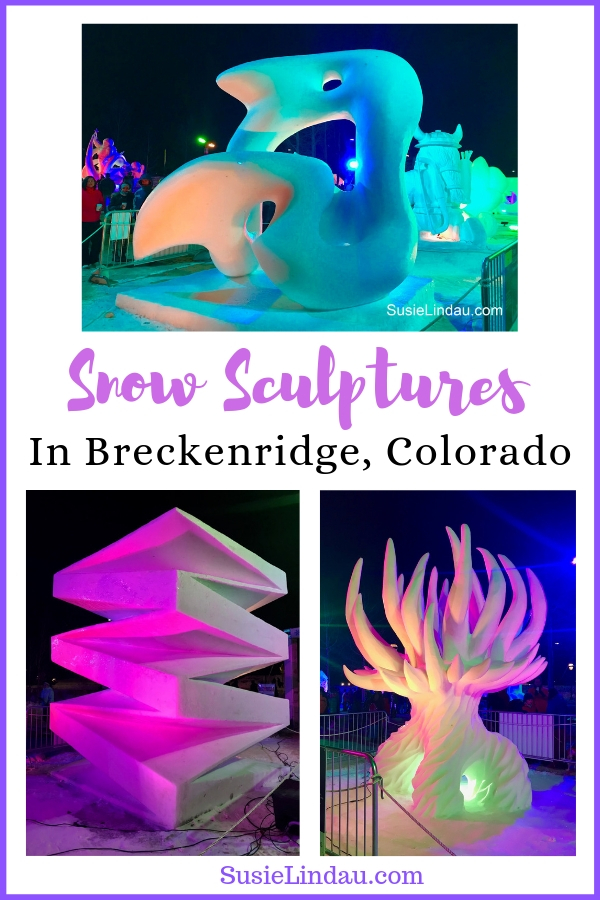 Breckenridge, Colorado has hosted the International Snow Sculpture Championships since 1990. This year, sixteen teams from around the world chiseled and sculpted huge mounds of snow packed into 20-ton blocks. They had ninety-six hours to complete these magnificent but temporary works of art. No power tools were allowed.

I photographed these eye candy sculptures so you could take a virtual photographic tour!

If you’re planning a trip, it takes place every January.

Each entry was based on an original sketch. It was interesting to see how close they came to duplication.

I was amazed they were all carved by hand. The one below, entered by Ecuador won Artists Choice.

Ullr, the god of snow is the mascot of Breckenridge. It won People’s Choice!

I loved how the colored lights added so much to the snow.

Team Mexico won for their entry, Cenote Gardens. (below) My favorite too!

A hint of spring in this orchid entry.

And who doesn’t love hippopotami? Team Great Britain won Bronze for this entry. 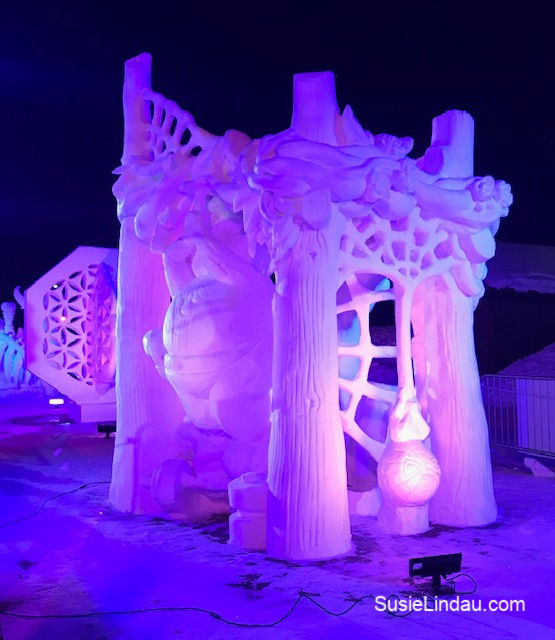 And then there was the intricate entry.

A better shot taken with my book club friends! 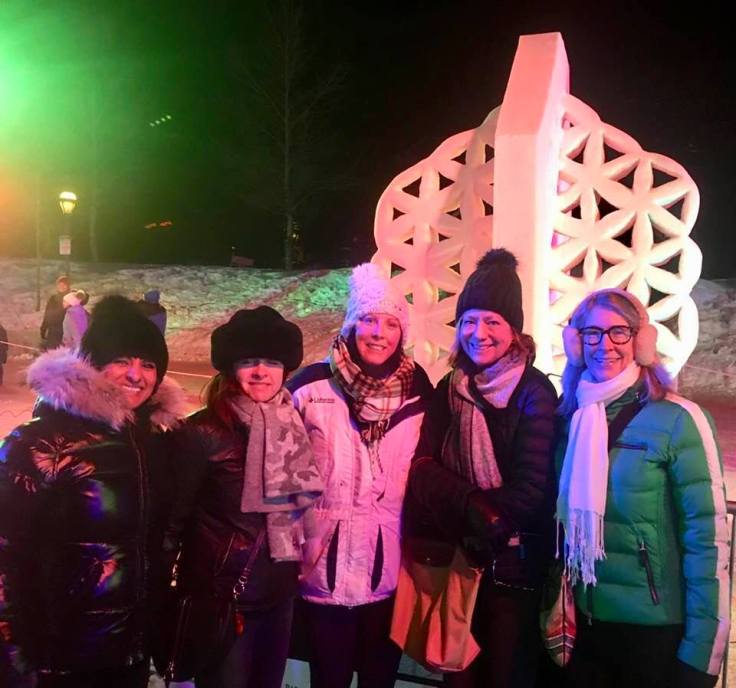 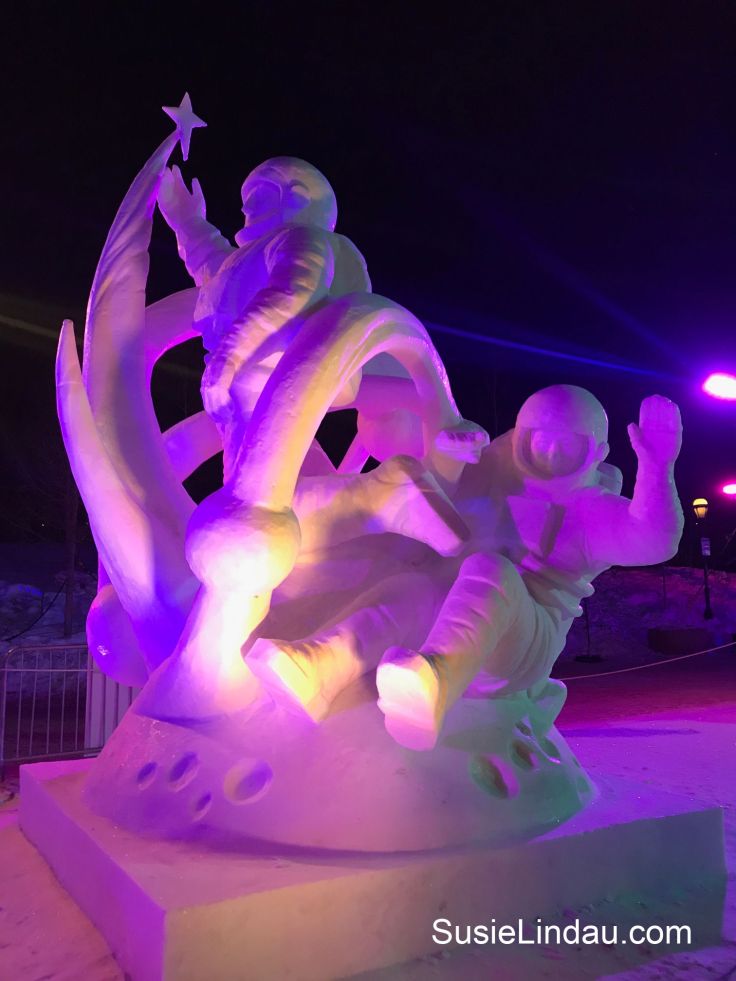 And an Octopus and a chef? Ouch. 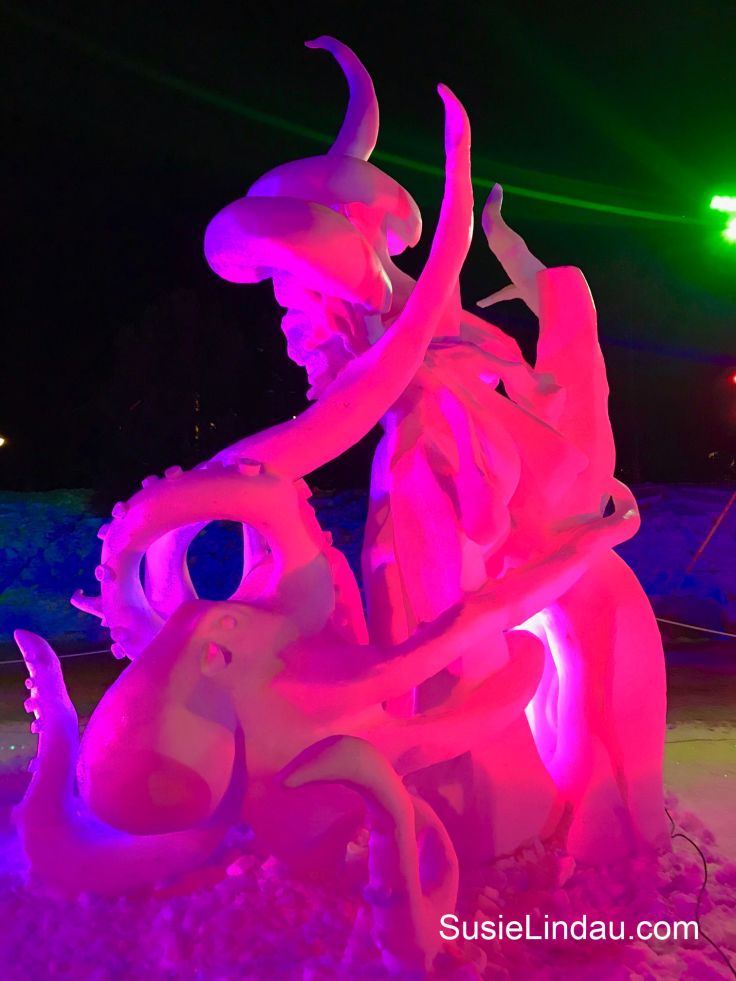 From Team Wisconsin, from which I hail!

There were a lot more entries this year.

With temps around ten degrees I made it around the displays and couldn’t wait to warm up at home. 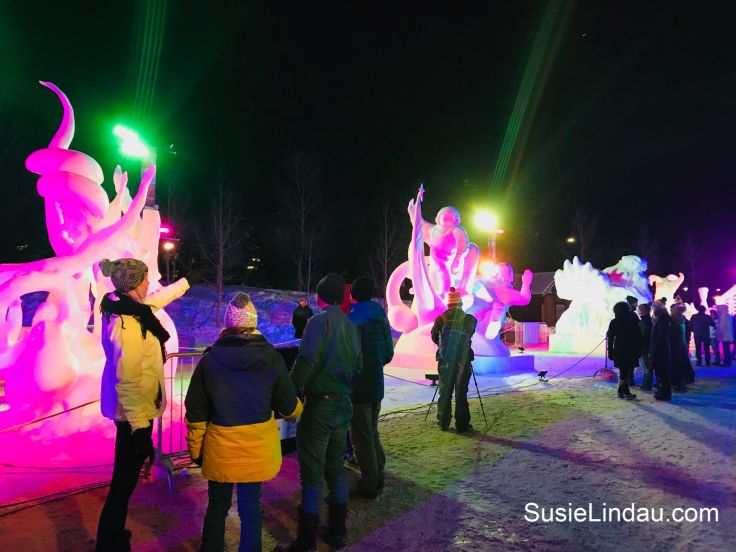 On Tuesday, they were all destroyed and became snow mounds once again. What?

Hope you enjoyed the tour!

The Ultimate Guide: 10 Things to do in Breckenridge

Which one got your vote? Were you surprised by the creativity? Any ideas on what they should sculpt next year?