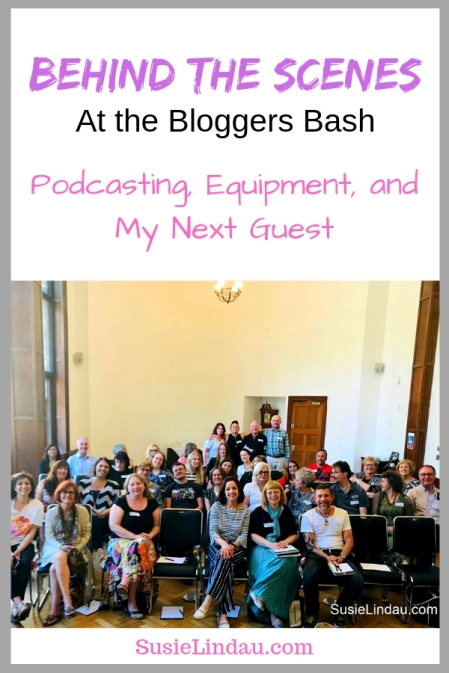 The first Wild Side podcast has launched so it’s time to go behind the scenes, remind you to enter the contest, and introduce my next guest.

Behind the scenes and the inkling.

When I first considered podcasting, all kinds of crazy ideas percolated. I dreamed of setting up a room with a backdrop and including video to upload on YouTube. I would fly around the world to interview people.

Back on Earth, I brought up my grandiose ideas with my son, Kelly. He is a sound designer and music producer in Los Angeles. We were running errands in Denver.

“We’re going to Best Buy,” he said, taking me off guard.

“Why?” We were on the hunt for a suit and the mall seemed a more appropriate destination.

Now I was really confused. “Okay, so what the heck is a Yeti?” I imagined a hulking furry creature who lurked in the Pacific Northwest and played hide and go seek with unsuspecting hikers.

Whoa. My heart jumped to quicker pace knowing things would get real.

When I first laid eyes on the professional, radio star-looking microphone, I was awestruck. We played around with it when we arrived home. The interface with the computer seemed complex. I would have to learn by trial and error. In my case, lots of error.

The next time I visited him in Los Angeles I told him my concerns about hauling that big piece of equipment around for a month through Europe. I planned to get a few interviews at the Bloggers Bash in London. We took a trip to Guitar Center where I bought a handheld microphone so small, I could zip it up in an old eyeglasses case.

It looks big but the Zoom Handy Recorder is lightweight and five inches long.

I was ready to go! 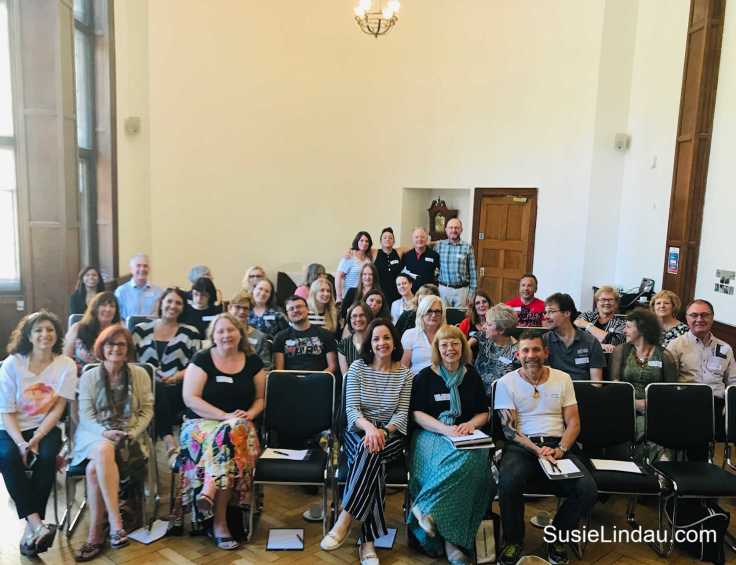 As with most conferences, I meet a lot of people while orienting myself and learning something new. During a break, I asked Hugh Roberts from Hugh’s Views and News if it would be okay to interview a few attendees. He said, “By all means,” or something like that, which gave me a little push. I had never met the “Bashers” and didn’t want to be a nuisance by running around with a mike like a roving reporter. Or worse, upstage the event. I chose a time when we were on break, hence the conversations in the background.

Have you listened yet?

I asked each person for their definition of Wild and for an example of their Wild Side. Interviewing them surprised me.

First of all, I thought the microphone would be intimidating and wasn’t sure people would be into being recorded, let alone share a personal experience without preparing. Their faces lit up with the opportunity.

Each of their wild experiences were completely unique and blew me away.

I hope through listening to the podcast that listeners will embrace their Wild Side too.

Click to The Wild Side launch and listen to the podcast on the app of your choice. Please rate, review, and subscribe. It will help the podcast take off, the Blogger Bashers’ voices will reach more listeners, and you could win a $10 gift card from Amazon. I’d love to send it to you.

101-year-old Jim Cram. This special podcast will be released on April 18.

I had the pleasure of interviewing Jim in his apartment in an assisted living center. Yes, only needed assistance. It wasn’t a nursing home. He stood to greet me and I suddenly remembered how tall he was when we met two years earlier at a CU football game. I know! Talk about quality of life. I am known to wander off while spinning one of my long tangled yarns, but Jim never drifted. He even remembered to include a story from which he had several pictures.

Don’t miss Jim’s amazing interview while learning about his Wild Side on April 18th.

Jim shares secrets about his longevity dispelling many myths. Jim Cram passed away in December at one hundred and two. He defied all odds! His family is looking forward to hearing his stories on April 18.

Have you entered the contest? What Wild Side questions would you have asked the bloggers at the Bloggers Bash? Would you be nervous while being interviewed?

The Wild Side Podcast has Launched!

9 thoughts on “Behind the Scenes and a Giveaway”