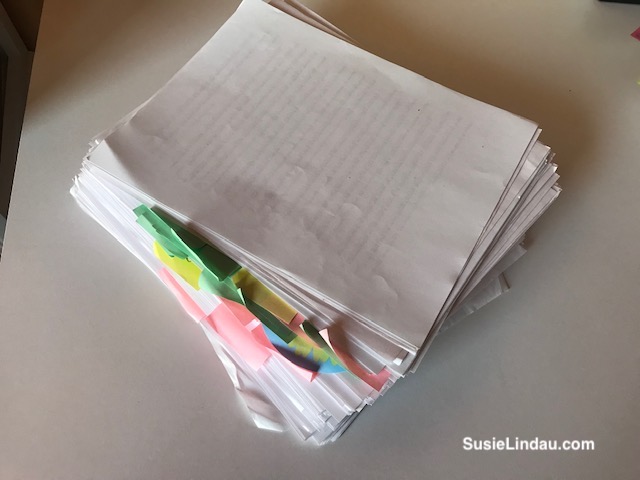 No one likes to be criticized, least of all me. If the criticism hits my soft capuchin belly pie, it feels as if I am bare ass naked on stage, my flaws exposed to the world. It makes me defensive. Now, I’m going to have nightmares…

BUT, if you’re in the business of creating a product, then critique is imperative to take it to the next level. As a consumer, you want it to go through a lot of testing before you buy, right? I do.

Writers craft manuscripts which, hopefully, become books, so it strikes me as odd when some people don’t know how to take criticism or bounce around until they find critique partners who tell them their work in progress is perfect. Sometimes, it seems as though their story becomes an extension of the person. Even when some writers are lucky enough to receive feedback from agents or editors, they may turn their backs and go into hedgehog mode.

Criticize the manuscript? You have personally attacked the writer. Sheesh! That said, I always begin my critique with the parts that I really liked so the writer stays in a calmer state; one without shields and sharp defensive weapons.

A manuscript is a totally editable, pliable, and malleable product.

Until my manuscripts are published, I’m up for anything that improves on it. Bring it on!

I’ve been in a book club since 2000. Even if the novel has made every best seller list and is still on them, there will still be a few of us who may not like it. We read through the lens of our unique point of view created through life experience.

Sometimes we have found small problems in big books that really threw us out of the story. Ten seconds on Wikipedia could have avoided the problem. Why didn’t the author take the time? Why???

Only a few of the books we have read.

Reading a book is a huge investment of time.

This commodity has become as scarce as seeing a rabbit in my backyard during a full moon. My neighborhood is prime territory for coyotes. Do you have a pile of books you will never, ever read in a corner of your bedroom like I do? Read a few pages and a favorite (overused) word leaps from the page, or the weather in the New York Times Bestseller’s setting doesn’t come close to reality, every character’s voice sounds alike and conversation is unrealistic, there’s no tension, nothing happens for pages on end, or you could care less about the main character? *stops to inhale*

There are tons of reasons why we all have books we won’t ever finish. Sometimes they are brilliant, but just not relatable.

No matter how long I polish my books, there will be readers who don’t like it.

I want my book to waste the time of the least amount of readers.

How do we do that?

Learn rule #1. Your work is not your child.

And even if it were, you would want the best for it. Unlike a child, who could stick out its tongue, throw itself on the ground and have a tantrum, you have complete control over it. You can mold it, shape it, tear it down, and start over. I’m in slash and burn mode right now with a project. It’s the only way to straighten out the kinks for critique.

Discipline your manuscript. Get it in front of readers. If you hear the same criticism a number of times, truly consider the suggestions and revise the pages before it’s in hard copy.

When you’re writing the story, it can be hard to get any perspective. There may be times when you can’t decide what should stay and what should go. Critique partners can help you with that.

Writers are in the entertainment industry. We want our readers to be swept into our stories to hang out with our main characters while they fight dragons, or nasty bosses, or serial killers on fantastical planets, inner cities, or dark alleys.

Good stories linger. Their characters pop into our minds while we make coffee. They whisper in our ears throughout the day until we pick up the book and slip inside the story once again. I love that transformative feeling.

Don’t use critique as your rewrite. Learn to write.

Learn the craft. Understand the mechanics. Take classes. Go to writers conferences. Buy craft books. Read novels. Lots of novels. If you become a successful author, but have depended on others to do your revisions, you may eventually feel like an imposter. That happens. I spoke with a keynote speaker at a conference who admitted her editor does all the work. What happens when that person retires?

Literary agent, Donald Maass mentioned this same issue in this podcast. A first book takes a long time to write. First manuscripts take a long time to write. They go through lots of critique and tons of revisions before gaining interest from an agent. Then it is polished once again before it’s published. There won’t be as much time to revise the second. A lot less people will critique and edit it. That’s why second books often don’t sell as well as the first. It is imperative to learn the craft.

You’re the storyteller. You decide.

Make sure the critique resonates with you. Don’t be bulldozed into revisions you don’t believe in. It’s your story. You’re the storyteller. Try to see it through their eyes. Listen, then decide if it makes the story better. If it does, then revise it!

I don’t use all the criticism critique partners offer me either; only the parts that make sense to my story. Many times they don’t remember what happened in the beginning of the novel and obviously don’t know what’s coming. I’ve had some that wanted to revise sentences which took out my character’s voice, completely.

And this is classic: critique partners wanted me to reveal everything NOW! Don’t do it. You need hooks and unanswered story questions to pull readers along.

I’m reading Horns by Joe Hill. Oh, my God. The book starts with Ig having a horrific hangover. He rubs his temples and has grown horns. Overnight! He is having a hard time remembering what he did, but he knows it’s something terrible. Ig still hasn’t revealed what he did and I’m starting chapter twelve! I’m sure someone in Joe’s critique group wanted him to include it in those first chapters. That’s only one of the story questions. The others, of course, are how in the hell did he grow horns and what kind of alternate reality is this? 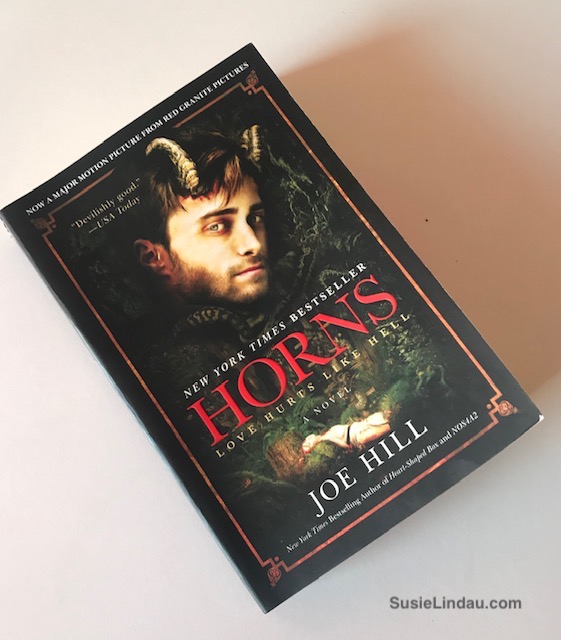 It’s funny. Usually, a critique underscores something I had doubts about. That’s what I change first. But the best is when someone sees a problem I hadn’t noticed. That stokes me up because…. it’s fixable!

Nobody’s imagination works quite the same way. It’s good to see how others perceive what’s going on in our stories. Our unicorn slaying witchdoctor who lives under Pearl Street in Boulder could be misunderstood by readers if we rely on subtext and don’t explain that unicorns are vicious predators. We need to make sure that our intentions in writing are clear.

So, how do you find critique partners? Go to writers conferences and ask around. Meetups often include drop-in critique groups. Ask your writer friends. I’ve seen some writers on Twitter reach out through the #writingcommunity hashtag to share pages online.

There isn’t a way to avoid one star reviews. There are always going to be people who can’t relate or think the writing is horrible or whatever. I want to make that percentage as low as possible. That’s why I put my bare ass naked book on stage and let the opinionated crowd have at it BEFORE it’s published.

Do you have critique partners? Does someone look over your blog posts? How do you take criticism?

Click for more writing advice on the Wild Ride! 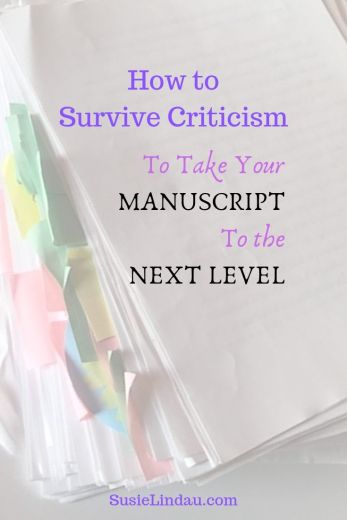